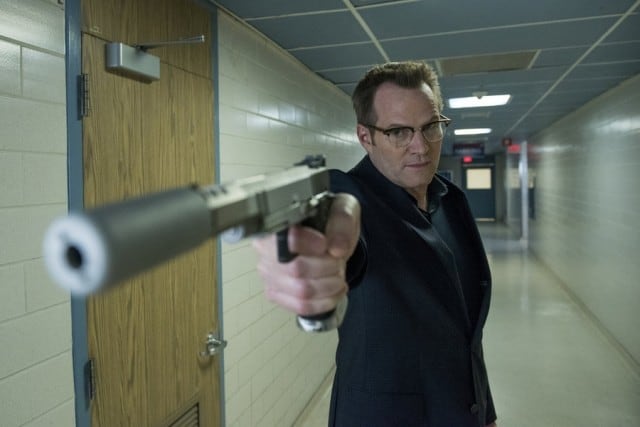 After traveling back to June 13 in last week’s episode, this week’s Heroes Reborn picked up right where we left off, as HRG accidentally changes the present timeline.

Unlike last week’s installment, which I loved, the second half of this Heroes Reborn two-parter left me with very mixed feelings. “June 13th – Part Two” gets credit for managing to tie and connect several things together, as we see how Malina ended up with Farah (who we learn was connected with Carlos), how Nathan got his teleporting abilities, and how Miko came to exist. For all of those reasons and more, I enjoyed and admired this episode.

And as much as I despise the fact that Claire is actually dead, Heroes Reborn does give us a reasonable explanation as to why her powers didn’t heal her: because Nathan absorbed them during birth. I still resent it because it doesn’t feel respectful to the character to not only be killed off-screen, but also through something as beautiful as giving birth to her children, where one of them (unintentionally, of course) sucked her powers from her.

If there is one thing that Heroes Reborn has truly failed with, it’s the character of Joanne as this episode solidifies the fact that her character is a walking, talking disaster. I get that losing your child is something that scars you for life, but to see her go berserk on that innocent Evo that Luke saved, and then just suddenly snap into being a psychotic Evo-killer, isn’t good enough of a foundation for me to find her character transition believable. The other thing that was also a failure was the return of original Heroes character Matt Parkman, who became an even more unlikable character. It just felt idiotic to throw him in there and have Matt suddenly be on the enemy’s side, and for what? To now be selling his power to the highest bidder. What went so wrong after Season 4 for him to become such a sell-out?

As we are being shown June 13, we see the consequences of all the butterfly stamping as Quentin Frady’s character goes through a major change. We don’t know exactly what happened to him on June 13, 2014, after he got to see his sister again; all we know now is that in the present, he is back alive, but is now working for Erica for unknown reasons, which will most likely be explained next week. As hard as it was to watch, I liked that consequence as part of this time-travel aspect.

One of the final problems I had with this episode is whether or not Hiro Nakamura is officially dead after him taking one final stand against Harris and his clones. If we are meant to believe that Hiro died in that battle, then I’m extremely disappointed that the most iconic character of the entire series got such an undeserving send-off. If you are going to kill off one of the most beloved characters of the Heroes franchise, then you do it on screen and give us a proper goodbye. Since this technically wraps up Masi Oka’s three-episode contract, I’m not sure if we will get a surprise appearance where we learn that he did in fact make it out alive. I have faith in Tim Kring, who will hopefully pull through and have him appear in one of these final episodes.

Overall, I give “June 13th – Part Two” credit for pulling off some tricky, time-traveling storytelling; however, the flaws in this episode were just noticeable, including some poor writing for the villains, especially Erica, who I really hoped would be a great main antagonist. I still have faith in Heroes Reborn’s remaining episodes and that they will  give us a satisfying ending, as the chances of the series coming back for another season are very slim.