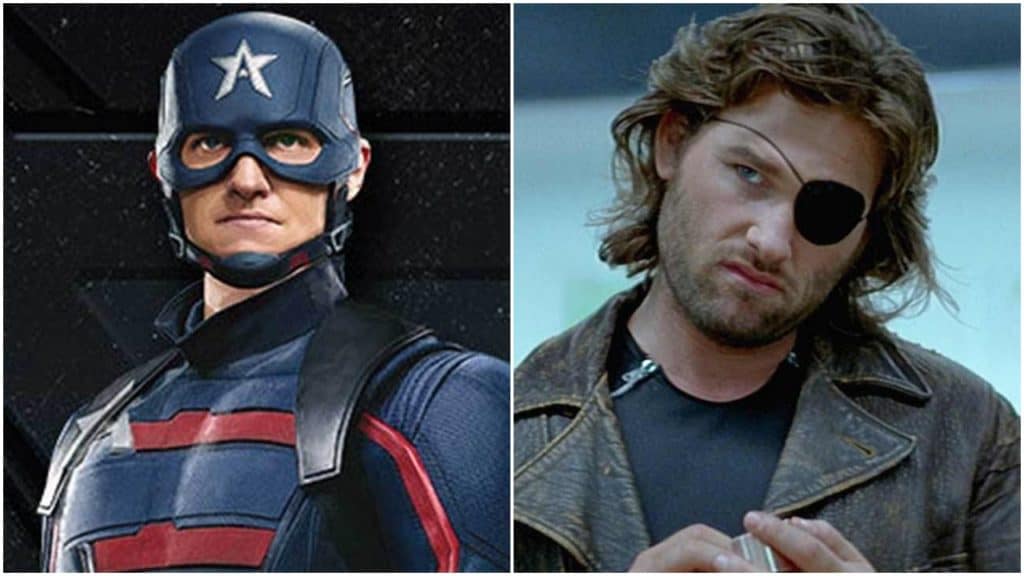 A lot of kids want to do just as good if not better than their parents and when one is in the same industry this applies in an even bigger way since there are plenty of celebrity kids out there that have parents that have created a pretty hefty legacy to live up to. Of course, that’s all a matter of whether the kids really WANT to live up to that legacy, since there are many ways to be famous in show business, and Wyatt Russell has made it pretty clear that he doesn’t want to do so while riding his father’s coattails. The fact that he doesn’t want to take on the role of Snake Plissken in an Escape from New York reboot is admirable since it not only raises Wyatt’s career choice in the eyes of many fans, but it’s likely that had he said yes that he would have been inundated with hate mail galore and told in no uncertain terms that he would never be as great as his father. The thing is that Wyatt isn’t trying to be his father, much as many other celebrity kids aren’t trying to be their famous parents. Some of them don’t even want the celebrity life and prefer to stay away from it, but since Wyatt has gone straight into acting and has been increasing his resume with roles in various movies and TV shows that have seen him take on a few very aggressive characters as well as a few comical ones, kind of, he’s definitely forged a path that’s his, even if it does feel like something his father has done throughout the years.

But refusing the part of Snake is definitely a good move as he sees it, and it’s pretty easy to agree with him since, for one, there’s only one Snake Plissken, and whoever gets the role has a big pair of boots to fill. Two is that Wyatt has done just fine taking on the parts that he’s made his own, since his latest, that of John Walker in The Falcon and The Winter Soldier, has been enough to divide fans even while many are entertained. To be certain, a lot of Captain America fans were a bit put out when the show brought Walker out dressed in a new Captain America suit, and with the iconic shield that Cap had used for so long. Very few people were interested in accepting Walker as the next Captain America, since he wasn’t anything like Steve Rogers apart from being able to fling the shield about and stand as a symbol for the nation that he represented. But once he crossed the line and killed someone with malicious intent it was more than a little obvious that he wasn’t cut out for the role and would have to go. So far Wyatt has played the part of John Walker quite well since one can see that he’s got that simmering rage portion of the character down pat, especially since it’s coupled with his patriotism and the fact that he’s served his country and done everything that was asked of him. One mistake undid all of that, and as we saw during a post-credit scene in the most recent episode, it would appear that he’s going to be coming back with his own shield, possibly as US Agent this time, as some might hope.

Wyatt is pursuing his own path, there’s no doubt about that and there’s really nothing else to say other than to repeat in so many ways how he’s definitely like his father but is walking a different line than Kurt, which is uplifting really since it means he’s being his own person and isn’t being swayed to become like Kurt in any way. Too many famous celebrities tend to have kids that many people feel are bound to follow their parents at some point and do exactly what they do or something like it. This could be why some kids turn out to be a little awkward and odd, or simply disappear whenever they can. Those that do walk the same line as their parents don’t often take on the same roles for a good reason since whether people want to agree or argue about it, the kids are not their parents, meaning that they’re not going to have the same type of success. This could mean that they’ll surpass their parents or that they’ll simply go down their own path and do their own thing, much as Wyatt is doing at this time. Escape from New York will likely happen at some point, but it won’t be Wyatt taking the lead role, which makes it even easier to respect the man since he wants his own fame, not that which his father built up so long ago.