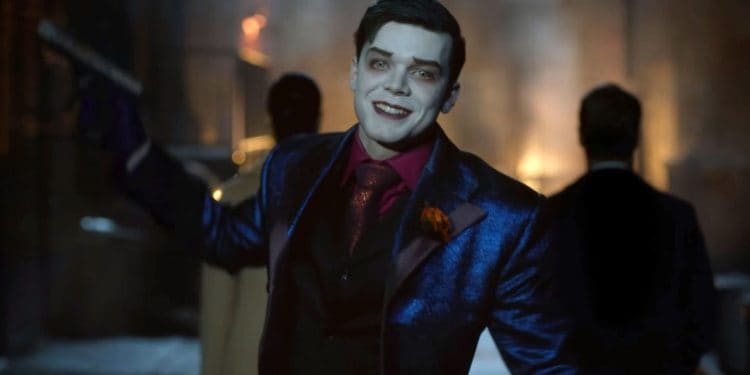 The Joker got stabbed by Selina Kyle in Episode 4 of Season 5 of Gotham. The show made it seem as though that could have been its way of writing out the character, but lots and lots of people guessed that he would survive the incident for one reason or another. After all, the Joker is notorious for being hard to kill in Batman media, meaning that people have been primed to expect him to survive even the most lethal of occurrences.

What Were Some of the Most Interesting Options for How Gotham’s Joker Survived the Stabbing?

Instead, there was more entertainment in predicting the exact explanation that would be used to excuse the Joker’s survival. This was particularly true because there were some very creative guesses, though they have since been proven false.

For example, some people suspected that the Joker’s followers would pay a visit to Ace Chemicals, where they would toss the Joker’s body into a vat of something mysterious enough to justify either a revival or a full-blown resurrection. This is because the Joker’s origin stories often involve him falling into a vat of chemicals that give him his distinctive appearance as well as his distinctive state of mind, meaning that it wouldn’t have been too surprising to see a remix of that happening on Gotham. Moreover, it should be mentioned that the showrunner John Stephens has made statements that the Joker would be seeing an “evolution” in his character, which was something that people who supported this particular line of speculation latched on to.

With that said, there were also people who thought that the Joker would just be resurrected through some other means because the boundary between life and death on Gotham is about as much a revolving door as its counterpart from the comic books. For proof, look no further than the fact that there have been multiple ways shown on Gotham by which people can come back from the dead. As a result, even if the Joker had indeed been killed by the stabbing, it wouldn’t have been particularly surprising if he had been resurrected by an element that had already been established to exist in the setting of the show.

Besides this, it should be mentioned that it would have been perfectly possible to explain the Joker’s survival using something more normal as well. Indeed, Gotham explained the Joker’s survival by revealing that he had been wearing body armor at the time, thus mitigating the worst of the damage. However, it should be noted that humans can be pretty resilient in real life. As a result, so long as Selina had failed to stab the Joker in a critical location, it would have been pretty believable for him to survive so long as he managed to get medical assistance afterwards. This is particularly true because Gotham never actually showed Selina inflicting any clearly fatal wounds before she was dragged away by Bruce and Alfred, meaning that there was plenty of room for doubt in the first place.

Why Is the Joker So Hard to Kill Anyways?

Ultimately, it was also difficult to believe that the Joker had been killed by Selina because the Joker is notorious for being difficult to kill in Batman media. In-setting, this can be explained to some extent by various factors. For example, the Joker is supposed to be much more capable than normal people in spite of his madness, thus enabling him to survive a wide range of potential threats. Likewise, the Joker has a bit of a reputation, meaning that even if the villainous characters in Gotham City can take him on, they are not exactly going to be enthusiastic about it. As for the more heroic side of things, well, suffice to say that Batman is one of the DC characters with the strictest no-kill rule, apparently because he is self-aware enough to know that his mental state is fractured enough that it can’t really afford to take anymore hits.

However, these in-setting explanations pale in comparison to the out-of-setting explanation. Simply put, the Joker is very, very popular. As a result, even though the character has become more and more horrible over time, he is going to continue getting trotted out until he no longer sells.