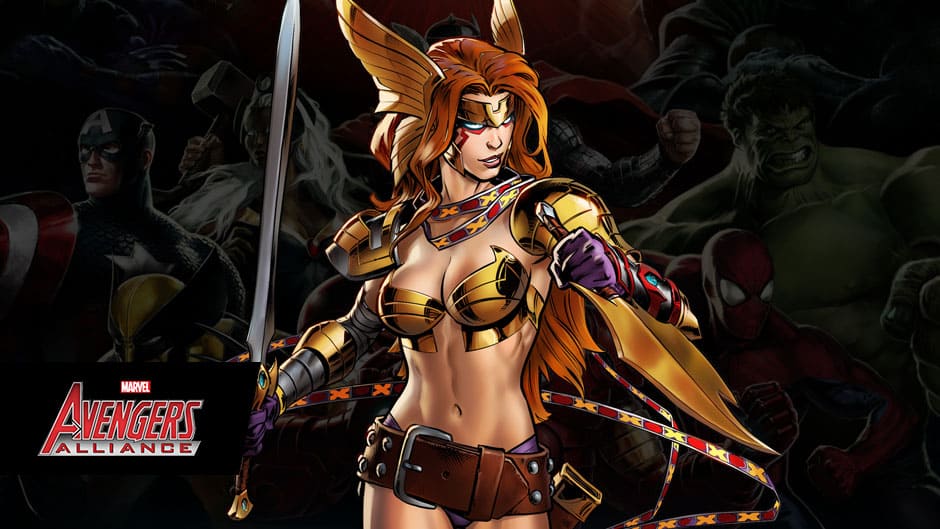 Any character born in Asgard, especially one that can count Odin as their father, is bound to be insanely tough, and also considered more than a little special since the Allfather is, in the MCU, an extremely powerful individual that has very powerful, and very destructive, children. There’s still a debate between who’s the stronger Asgardian, Angela or Thor since she has been seen to beat him in the past, but Thor has also managed to put Angela down as well. The thing is that Angela absolutely hates Asgardians despite the fact that she was born as one. When she was abducted to get Odin to try to submit, however, Odin refused and it was thought that Angela, still a baby at that time, had been killed. The truth is that when she was taken to Heven (yes, that’s how it’s spelled in the Marvel universe), which was split from Yggdrasil by Odin shortly after the war against Asgard, she was taught the ways of the angels and came to hate Odin and the Asgardians with a passion that bordered on obsession. But it’s easy to think that a lot of people would be pleased to see this character step into the MCU whenever the chance presents itself, and there is one way to do so with a fair amount of ease.

One group that Angela has had plenty to do with during her time in Marvel comics is the Guardians of the Galaxy since she encountered them a while back and has fought alongside them after initially fighting against them when they first met. With another GoTG movie set to come out eventually, it’s a big hope that she might make an appearance, or perhaps she might make a surprise appearance in the next Thor movie. There’s been no buzz about it so it’s fair to state that it might not happen, but one can hope at least. A solo movie would no doubt be a good idea to look into after her initial appearance since otherwise, a movie all to herself is kind of like The Eternals issue, people are aware of these characters only because they’re being thrust on them without building up to the characters in the first place.

A series might even be a better idea since this gives the audience time to invest in the character and decide whether she’s going to work in the MCU or not. The obvious idea is that she would work since being the firstborn of Odin might be kind of hard to reconcile, especially since Odin is no longer a big part of the MCU, and Hela was established as the firstborn. But if there’s one thing about Odin that people have become aware of, it’s that he has plenty of secrets that people don’t know and are definitely amazed to hear, so it’s not too hard to think that revealing Angela’s status would be kind of interesting to a lot of people since the halls of Asgard are known to contain a great many stories, and Odin was already seen to have covered up the mural that showed him and Hela conquering the nine realms. It could easily come to pass that Hela would have been spared the idea that Odin did have another daughter before her, one that he lost because he wouldn’t submit to Heven’s whims.

This could be why no one in the MCU has heard of Angela, whose original name was Aldrif Odinsdottir. Her story would have been covered over with Hela’s, while Hela’s in turn was covered over with the glory that Odin brought to Asgard after several mistakes that he tried to cover up. It would be a little dicey to bring her in using the past movies, but it would be necessary as well since The Eternals already appear as though they’re ready to retcon a big chunk of the MCU, so it’s not hard to think that Angela might need to do the same thing in order to secure her own legacy. At the very least she has a pretty good excuse for not butting in until now since she was content and had her place in Heven despite the fact that she was never fully accepted simply because of her lineage. Angela grew up knowing nothing but Heven and its occupants, so it’s fair to say that Odin wasn’t her favorite person as she was taught that he was the enemy.

To say the least, this would be an interesting character to bring into the MCU since she brings a lot of baggage with her that could unveil another chapter in the story of Thor if Chris Hemsworth is willing to stick around for a while. That’s kind of the trick, she does rely a bit on those around her character to really do much of anything unless someone comes up with a truly revolutionary story.