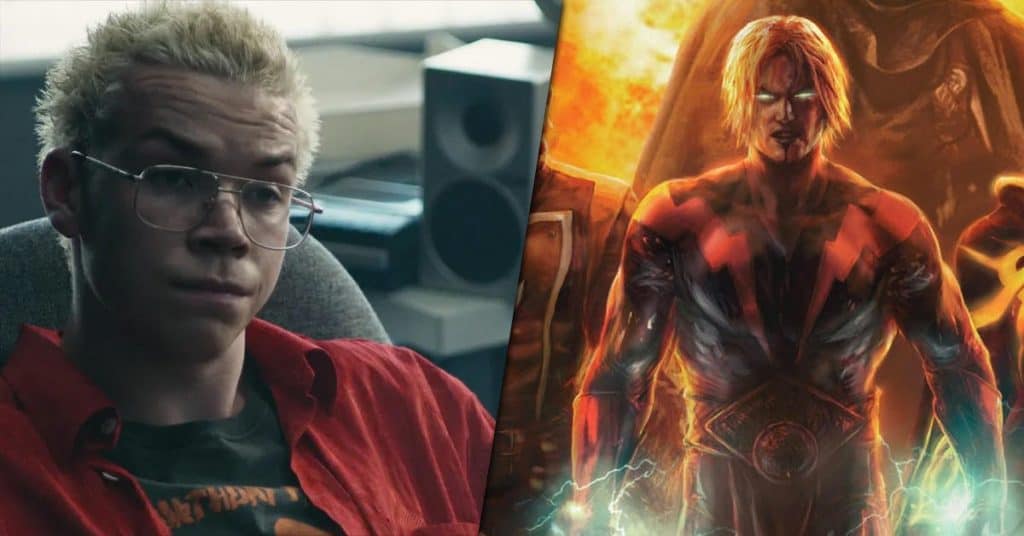 This has to be one of the strangest casting decisions made in the MCU as of yet, especially since from the comics, Adam Warlock actually looks kind of severe in his bearing. Will Poulter is a great actor, there’s no debate on that count, but despite being a well-built individual, his facial features don’t appear to match up to what might be expected. Plus, and people will no doubt debate this point more than once, his acting ability, great as it is, doesn’t feel like it could be as dispassionate as Warlock has been seen to be in the comics. I could be wrong, Poulter could surprise a lot of people and take on this role without any difficulty and nail it without question. But at this point, thinking that Will Poulter is the choice that those in charge decided was the wisest one, is kind of difficult to get behind. There are a few reasons for this, and I’ll go into them, but one thing about Adam Warlock is that he’s definitely late to the part when it comes to the MCU.

A quick explanation for that is the fact that Adam Warlock played a huge part in the Infinity Gauntlet series in the comics, as he and Thanos were well-known to one another, and Warlock was also allied with Drax, Gamora, and a couple of other characters such as Moondragon and Pip the Troll. His involvement in the series was actually quite important, and cutting him out was a big reason why a lot of things had to change. Adam’s appearance has been teased more than once in the MCU, and to think that he’s coming forward now makes it easy to think that he might be seen as a villain to start with. The fact that Warlock was thought to be a MacGuffin in the comics is kind of confusing since his presence was one of the strongest when it came to the Infinity Stones. But oh well, things happened the way they happened.

Bringing him in at this juncture almost makes one feel as though he could be the end of the Guardians of the Galaxy, or that he might take things in a different direction in the phases that are yet to come. It’s tough to say really since there isn’t a lot being released about the character and what he’s bound to do when he arrives. But one explanation as to why it’s believed, by some, that Will Poulter isn’t the guy is that he looks more like the type of guy that might be a part of the misfit groups that inhabit the Marvel universe, and not quite like someone that would play an enigmatic being such as Adam Warlock. That does sound as though I’m judging the guy’s role based on his looks, and yes, this time that’s the truth. As of Phase 4, the MCU has done a fair job in casting various characters and making sure that they look the part and can actually fill the role they’re there for, but there are moments when a person has to pull back and say ‘huh?’ in regards to one casting decision or another. I’ll say it, Will Poulter might look menacing as a stalker, and he might be a good actor, but thinking that he can play someone like Adam Warlock, who is known in the comics to be kind of a rogue character that might be a villain or an anti-hero of sorts, is kind of an odd thing for people to get behind.

It could be that the MCU is trying, as it’s been stated, to stick to the various stories in the comics while still pulling away from them, and as a result, is doing what they can to buck the trend, but there are definitely times when it would appear to be kind of an odd thing to do. Again, Poulter could surprise everyone, and I could be eating crow when the next GoTG movie comes out, but from the initial look, it doesn’t feel that Poulter is really the guy that could make this role work. It’s a hope that it can happen, but until we get to see anything from the movie it’s going to be one giant question mark.

Adam Warlock is an odd character in the Marvel universe, but he’s also a powerful one that can be used in a few different ways. One thing that’s disturbing and irritating about the MCU is that they’re attempting to bring the comic book stories to life without trying to copy them entirely, and yet they decide to make decisions that are just as irritating at times. Admittedly, they’ve made several decisions that people have thoroughly enjoyed, but hopefully this isn’t one of those that will end up biting them where it hurts.

Why Bad Santa 2 Bombed At The Box Office

The Crown Season 5: Where Else Have We Seen Dominic West?