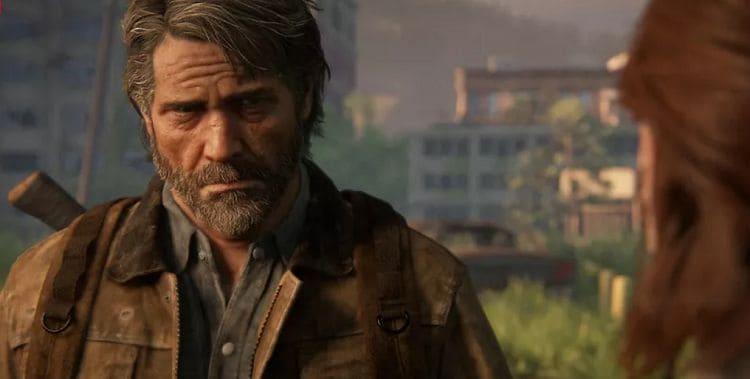 The Last of Us Part 2 finally arrived a month ago and boy, oh boy, the fanbase is very much divided. I’ll just start off by admitting that I have yet to have played the game itself. So how can I talk about it? Well, the short answer is YouTube. I’ve watched the gameplay and all the cutscenes, so I believe I’m at least somewhat qualified to comment on it. My overall opinion on it: it’s one heck of an emotional rollercoaster, but I do understand the polarizing reception. I have mixed feelings about it, especially with the dark themes, but I think it’s the execution of the narrative that people dislike the most.

However, what I dug about it was the ending. Much like the first one, this game ended on a big cliffhanger that will surely lead to some serious conflict. This is what many fans had a problem with, because they felt the continuation of Joel and Ellie’s story was poorly told. In a way, I understand the backlash, but then again, this franchise is all about tragedy. Just in case you haven’t played the game yet, I will be revealing spoilers, so if you don’t want to know, stop reading.

Let’s begin with talking about the elephant in the room and by elephant, I mean Joel. If you were one of those people who read the leaks, then your worst fears came to fruition. Yes, Joel was beaten to death by Abby with a golf club and it was hard to watch. Ellie unfortunately witnesses it and swears revenge on Abby. The game is basically a revenge story, but this isn’t just about Ellie’s revenge. Abby targeted and brutally killed Joel because he killed her father. Who was her father? He was the surgeon who was about to operate on Ellie before Joel used his own scalpel to stab him in the neck. A seemingly frivolous character ended up playing a huge role in this game, something that intrigued me. It also meant that Abby wasn’t just a cold-blooded killer, but a daughter seeking retribution.

The ironic thing is that when she killed Joel, Ellie became the same thing. This was the launching off point for the game’s main story and it really transforms Ellie along the way. By the time she reaches the end of her journey, she has left a rather lengthy trail of corpses behind her. She killed all of Abby’s friends, including a pregnant woman, and vengeance has all but consumed her. Here’s where things get interesting. When Ellie does finally catch up with Abby, you don’t play as Ellie. Oddly enough, you play as Abby, and Abby defeats Ellie in an intense cat and mouse boss fight. Ellie is at Abby’s mercy, as well as her lover Dina, but she ultimately decides to spare them both. Ellie failed at getting her revenge, but fortunately for her, she is able to find some kind of solace.

She and Dina live happily together on a farm and Dina has given brith to Jesse’s son. Ellie seems to enjoy family life, but she suffers from post-traumatic stress disorder and can’t stop forgetting about Joel. When Tommy gives her information on the whereabouts of Abby, Ellie once again embarks on her vengeful mission, much to Dina’s chagrin. Ellie once again catches up to a physically broken Abby and they get into a brutal fight, but this time, she wins. However, before Ellie finishes her, she remembers Joel at a happier time, and decides to spare her. Does she do this because she realizes what she’s become? Perhaps she did this because Abby’s young friend Lev was there and didn’t want him coming after her? Either way, Abby lives and Ellie doesn’t get her revenge.

This alone made fans angry, but what made them even more angry was what happened after. When Ellie returns home, she discovers that Dina took her baby and abandoned the farm. Ellie is left alone once again. The cherry on top is her no longer able being able to play the guitar because Abby bit off two of her fingers. Ellie didn’t get her revenge, she can’t play guitar, and her family abandoned her. It’s a tragic end for a great character and that’s why fans are upset.

However, I believe this ending can spawn a great subsequent chapter for part 3. Let’s recap: the first game ended with Joel lying to Ellie about the Fireflies and she discovers the truth in the sequel. This strains their relationship, but Ellie admits that she would like to try to forgive him. The chemistry between them is what interested me the most about the game and I also believe with Joel gone, the parental instincts will carry on with Ellie. Was Joel in the right to save Ellie at the cost of sacrificing a potential vaccine for the virus? I’d say the answer is yes and I’ll explain why in a minute, but what drove Joel to do what he did is a parental instinct. He lost one daughter already and he refused to lose another. Ellie wasn’t his biological daughter, but their time together created that relationship between them.

Ellie’s anger towards Joel is understandable, but I’m happy she was willing to forgive him. What makes this more interesting is that Ellie ended up becoming an adoptive parent herself. After spending so much time with Dina’s baby, Ellie should’ve developed an understanding of why Joel did what he did. I believe she did, but the game didn’t really show it for some reason. I believe it’s because she just couldn’t let the past go, and when she decided to go back and face it, she fully realized just how far she’s fallen. Her development in this game was all about her loss of innocence and what her pain does to her. She couldn’t let go of her need for revenge and it cost her everything. During the final minutes of the game, she decides to move on and walks into the unknown.

Where do we go from here? Well, if The Las of Us Part 2 was all about revenge, then The Last of Us Part 3 should be about redemption. Ellie, like Joel, made their choices and they both suffered for it. Joel eventually found his redemption by saving Ellie and now Ellie has that chance to find hers. Was she going to search for Dina and her baby? If she did find them, can they reconcile their relationship? If Ellie was willing to patch things up with Joel, she can try to make it work with Dina. But what about Abby? She is now a major character and her quest for vengeance also cost her everything. She lost her friends, her family, and suffered heavily for her actions.

Abby and Ellie have more in common than we think and now that they’ve suffered for their vengeful acts, it’s time that they both redeemed themselves. When we last saw Abby, she escaped with Lev and it’s assumed that they’re attempting to find what’s left of the Fireflies. Based on what we’ve seen, the Fireflies are a group that doesn’t forget things easily. What if they’re still searching for Ellie in the hopes of creating some type of vaccine? I can believe it and if Abby catches up with them, she may not feel the same about it like she did in the beginning. I believe by the end of the game, she has fully realized her actions only caused more pain, much like Ellie. Plus, Ellie spared her in the end, so perhaps she no longer views her with contempt.

Can you imagine Abby and Ellie fighting together against the Fireflies? I mean, it sounds crazy, but people can change. These girls lost their fathers, their innocence, and now the best route for them is simply forward. I believe Neil Druckmann told Joel’s story the way he wanted and now he wants to complete Ellie’s story. He probably didn’t want to drag out Joel and Ellie trying to reconcile their and instead have her hit rock bottom and let that experience change her. Joel was there and meeting Ellie changed him for the better. Ellie had Dina, then lost her, but maybe she’s not lost to her forever. I believe this is what Druckmann has set up for a third entry and I think in the end, Ellie will find her redemption and her happy ending.

And yes, Joel was in the right for saving her. If the Fireflies do develop a vaccine, who do you think they’ll give it to? In the realm of movies and games, humans tend to weaponize every new intention and this should be no different. If the Fireflies get this vaccine, they’ll use it more for themselves and make sure they’re the ones who decide who else gets it. So you see, it’s good that Joel stopped them. In fact, this sounds like a good set up for the third game and now I want to see it happen. We waited a long time for part 2, and will likely wait a while for part 3, but it will come. When it does, it could possibly be the greatest gaming franchise finale ever. That might be a stretch, but we can hope. 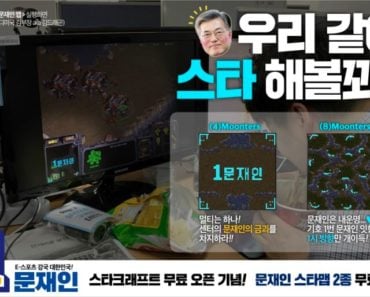 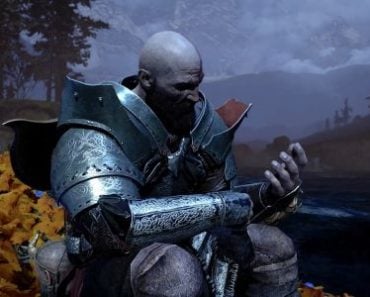 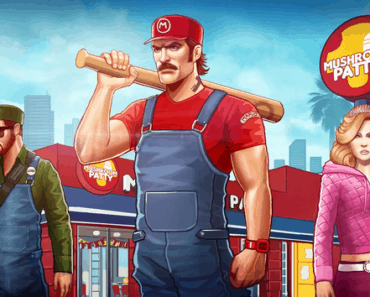 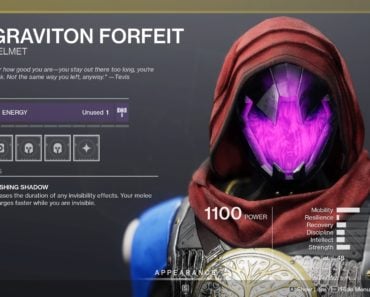 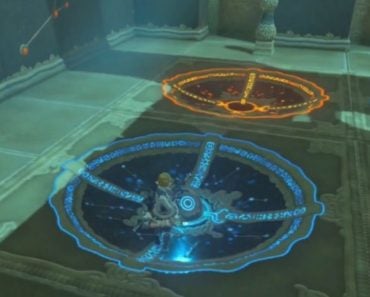 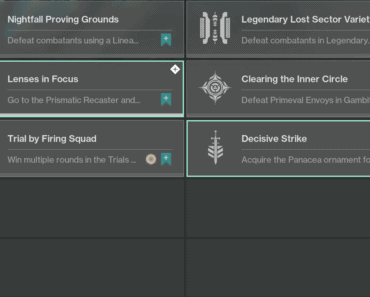