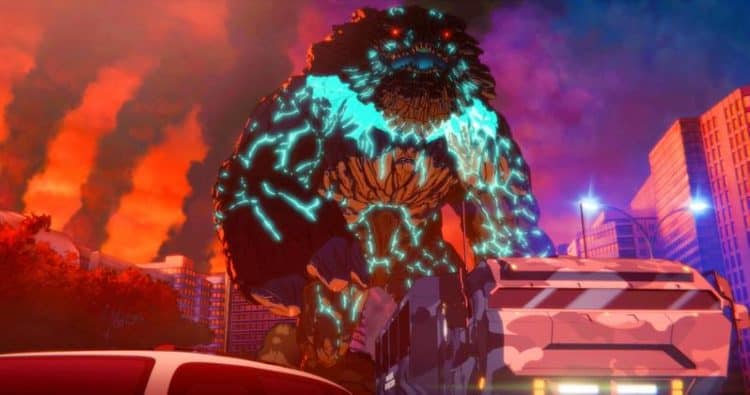 Somehow an anime series for Pacific Rim sounds like a better idea than another live-action movie, if only because so much more can be done with animation than live-action in a lot of ways. In some regards the live-action work is impressive, but the last Pacific Rim movie wasn’t all that great in terms of acting. When being allowed to focus on the visuals and not the acting though it might be a little easier to take since let’s be honest, John Boyega and Scott Eastwood were pretty stiff in Pacific Rim: Uprising, especially since the efforts of Idris Elba, Charlie Hunnam, and the rest of the cast from the first movie were far more solid, which isn’t saying much but is at least making it clear that they were somewhat convincing. An anime series also makes it feel as though the Kaiju might be able to take on more forms and possess more capabilities at a more impressive rate than a live-action series might be able to produce. There are plenty of arguments over whether CGI is worth the cost or if it’s too expensive when compared to anime, but it really comes down to what will be used on a project and how impressive the end result needs to be. As one can imagine, CGI is often thought to be highly superior to animation since it looks real and is used in many big-budget movies, which only enhances the desire for it.

Long ago, humanity defeated the Kaiju. Now, they’re evacuating Australia. In 2021 join a pair of siblings and their battered, long-abandoned Jaegar as they battle across a continent of danger in Pacific Rim: The Black. @Legendary @POLYGONPICTURES pic.twitter.com/P5ZHZYv9OQ

The Black, the new animated Pacific Rim series that will be coming to Netflix, will remain firmly within the same continuity as the two live-action movies but will take place in Australia as two siblings take an old Jaeger across a continent that’s known to be quite dangerous. So far there aren’t a lot of plot details that have been doled out, but the whole idea of giant robots versus monsters is one that has been around for so long that people kind of get the gist of it, that the extra-dimensional creatures that are sending the Kaiju into this world are seeking humanity’s destruction, and those that pilot the jaegers are doing everything they can to stop them. If one ever needed a way to unite the majority of humanity, this would be it, and yet as it’s been seen in the movies this hasn’t really happened in a very convincing way since people are still very much the same and the only ones that are working together in a continuous effort to stop the Kaiju are those that pilot the Jaegers and those that assist them on the ground and from various bases around the world. In a way, Pacific Rim isn’t really about the unification of humanity, but rather the effort of several to save the many that aren’t bound to change.

But it’s still an interesting story since one has to wonder what humanity did to upset the Precursors, as the creatures that create the Kaiju are known as. The story of the Precursors makes it sound as simple as colonization on their part since they wished to populate the earth with their own race, but found it unsuitable during the time of the dinosaurs when they first attempted to push through. After millions of years and a great deal of pollution later though it would appear that the earth was finally to their liking, and they opened the Breach, which allowed the Kaiju into the world yet again as they sought to overrun the human race and claim the world for their own. The speed with which the Jaeger program was built is amazing since the giant robots were up and running before humanity had been wiped out, out of necessity of course since humanity didn’t have enough to deal with the Kaiju before the Jaeger program took off apparently. But following the two movies, The Black appears to indicate that the Precursors have found another way into the world, which isn’t too surprising since, despite everything that’s known about this world, there are plenty of openings where a dimensional rift might be opened without humanity knowing about it, which means the Precursors and the Kaiju are bound to be a continual threat that would be tough to eradicate.

An animated series could delve pretty deeply into the story of Pacific Rim and possibly take it in directions that the movies didn’t think about yet, which would be kind of nice since there’s a great deal of story there that needs to be told, or at least needs to be implied in order to really make this into something that people will remember. The whole idea is one that might not carry a lot of weight with some fans, but there is a certain note to it that makes the story stronger than some people realize, and hopefully, anime will hit that note with a touch that will make it work.