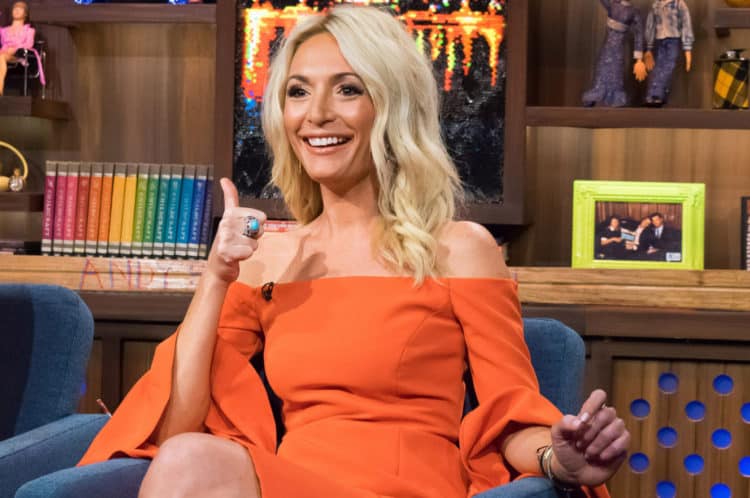 Below Deck is a captivating reality TV series that focuses on life atop the sea. It focuses on the lives of crew members who work on various mega yachts and their relation to each other. It features a creative concept different from other reality shows and is a contributing factor behind its long airing spells of 7 seasons. Just like any other reality show, there is that one star that has a polarizing effect on the fans. In Below Deck, the actress is none other than Kate Chastain. Her antiques behind the camera bring her much heat, both from fans, and her co-stars and some admiration in equal measure. According to Bravo TV, Kate Chastain pushed her character further and quit the show. While not confirmed at the moment, it seems like the inevitable truth. For some time, there was a lot of friction between Kate and her co-stars. Though her fans do not want her to quit, several reasons point to her move from the show.

As evident from our article on Kate, the acting job was not her first option. She planned on taking some time off during her gap year and see what life had to offer before getting her degree. That is how she landed a spot on the ship, which cemented her first season on Below Deck. She joined the cast when it was in the second season. Looking at her character on set, many awaited her throwing the towel and leaving the show. With time, though it was an expectation, none thought it would come sooner. The news of her quitting has put more fans of the show in speculative mode, waiting for the resolution in the next season. Should she leave, what would be the straw that broke her camel’s back? The following are some of the reasons that may have contributed to the departure of Kate Chastain from Below Deck.

As earlier indicated, Kate Chastain is quite a polarizing figure in the series getting rebuke and admiration in equal measure. Her antics on the show have had her cross paths with several of her co-stars, leading to friction between them. Friction between stars leads to unwanted conditions that affect the working environment. During the last season, it seemed that things between Chastain and Ashton Pienaar got into a heated moment that almost got out of hand. An attention-grasping moment is where Ashton remarked,’ everybody feels that way about you.’ The remark is a sign of heat and can affect a lot in the development of the show. Apart from the stars in Below Deck, she also does not seem to get along well with some cast members from their sister show, Below Deck Mediterranean. As evident from Nicki Swift, she is not in good terms with fellow chief stew, Hannah Ferrier. The two were close friends, but it seems they crossed paths and do not regard each other highly at the moment.

A career in entertainment is also exhausting, just like any other profession. You have to bring out your best for you to get ample screen time, to push you to the top of your game. In a bid to outdo yourself, you might get overwhelmed. A snippet from Cheatsheet hints that at the first season she was quite nervous. The situation almost came to a head-on when she nearly got a panic attack. Looking at such cases, it would be prudent for Kate Chastain to quit the next season of Below Deck to allow for some self-care time.

One unknown fact about Kate Chastain is that she has tried her hand in authoring. The product is a book with an average rating of 4.3/5 from critic sites such as Goodreads, Barnes and Noble, and Scribd. The book, Lucky Charming is a 2016 release and focuses on her life as a graduate fresh out of university. After being in a crossroad after completing school, she jumps into the yachting life in front of the camera, joining the cast of the reality TV show. Looking at the book’s overall rating and reviews from clients, it seems it was fine literature. Her quitting act on the last season of Below Deck may point to her rerun in the authoring field and unveiling a new book.

4. Taking Care Of Her Other Ventures

Aside from acting and authoring, Kate Chastain is also into other business ventures. Another speculation behind her leaving the cast is to concentrate on her other engagements. One of the startups under her name is the Genesis Boutique. The enterprise deals in high-end items, and the proceeds from the sales go to support her charity venture, Genesis House. Genesis House is a brainchild of Chastain, in a bid to give to the society. The charity helps out women and children by providing temporary shelter as they get back to their feet. She is also good at event planning and management, a skill she showcased in the reality show. An events company in her name may soon be a reality if not already existent. It may also be the reason for leaving the casting set. As she is good in the entertainment field, with a decent fan-base, a transition to Hollywood may be in the books.

Kate Chastain is a key figure in the television series, Below Deck, where she is the chief stewardess. The news of her quitting got many fans in a frenzy, not knowing which move she will pull next. Some stars have left the show previously, but it seems the departure of Chastain will leave a mark. Above are some of the speculative reasons behind her move, as we silently expect her back on set on the coming season. The constant friction between her and her co-stars seem to be the push that came to shove for her stint on the yachts. All that is left is to see her next move and see how the show goes.