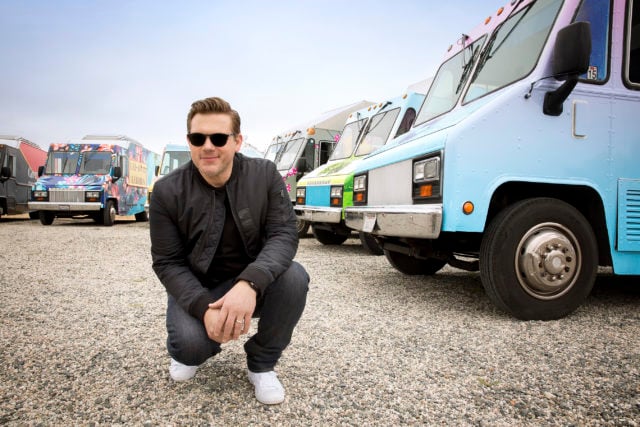 ‘The Great Food Truck Race” is a cooking competition with a difference. In the Food Network’s reality show, food trucks from across America compete to see who can earn the most money from their food truck in a variety of challenges. At the end of each one-hour weekly episode, the lowest earning food truck is kicked out of the competition. The series is currently in its 8th season with the first episode of the current season airing on August 10, 2017. It continues to be a hit with viewers who equally enjoy the cooking factor and the competitive element. Here are five things you might not know about ‘The Great Food Truck Race’.

1. Tyler Florence is the Host

Tyler Florence has been the host of this show since it began in 2010. He is also the host of many other cooking programs, including ‘Tyler’s Ultimate’, ‘Food Court Wars’, and ‘Worst Cooks in America’. Florence was born in Greenville, South Carolina, on March 3, 1971. He was once married to Christie Leer but has been married to Tolan Clark since 2006. Florence and Clark have two children together.

2. The Prize Has Changed Throughout the Seasons

Originally, the prize for winning ‘The Great Food Truck Race’ was $50,000. In season two, the prize money increased to $100,000. The winners of seasons three, four, and five got $50,000 and their own food truck. The prize money then reverted back to the original $50,000. Teams also keep their takings from each of the challenges they are set throughout the competition.

3. The Biggest Winners of Season One Finished as runners-Up

In the first season of this reality cooking show, a team called Nom Nom Truck won the most amount of money over the first five weeks of the series. Despite this team’s run of success, they were not the winners in the sixth and final episode so the final winners of the show were the Grill ‘Em All team. In the previous five weeks, the winning team had opened the competition in sixth place and then achieved second place twice and third place twice.

In Season Three, aired in 2012, a team called Under the Crust made just $195 in the first week of the series. This is the lowest amount of money that any of the teams to have participated in the competition has ever made. Under the Crust swiftly became the first team to be eliminated from Season 3 of ‘The Great Food Truck Race’.

To the other extreme is the team who made the most amount of money ever in a single challenge of ‘The Great Food Truck Race’. This honor falls to a team called GD Bro Truck who took part in Season Six of this reality competition. In week four of the competition, which took place in Amarillo, Texas, the team took a whopping $13,124 in just one challenge. Despite their astronomic success, they did not win the season. The winners of Season Six were a team called Pho-Nomenal Dumplings.

Is It Too Late for a Resident Evil Reboot?