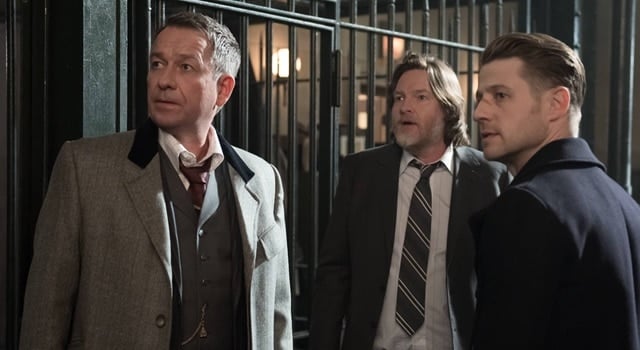 A lot went down in this week’s episode of Gotham as Bruce and Alfred continue to look more into Project Chimera while Gordon deals with Barbara crashing into his life again and we finally learn the identity of Patient 44.

While I’m still bummed out with how fast some of the previous storylines has concluded already, including Bruce’s street journey with Selina, I actually found myself really enjoying seeing Bruce and Alfred working together again. I will admit that the second that Lucius Fox popped up in the cave, I had actually forgotten that he was still part of the show. It is actually really strange how Lucius is a series regular on this show when he hasn’t even been in at least ten episodes this season. Unless he is servicing some larger role in these remaining episodes, it almost feels like a huge waste of both a great actor and character at this status. Other than that, I think this was one of the better Bruce/Alfred episodes in a good while. I’m however a little torn with how far Strange’s project has gone, especially with the case of Karen.

It’s not that I have issues with Strange doing this project, he is a villain after all so I don’t question that, in addition, he is one of Batman’s more psychological and science-y rogues from that gallery. Instead, it’s the fact that we are now entering what feels like a supernatural/fantasy aspect which can be viewed in two ways. On the one hand, this is a show based on the world of DC Comics where things such as meta-humans, magic and more exists, definitely in the Batman mythos as well. But at the same time, the way this show has been established, it just didn’t really fit in (yet) with this tone that Gotham has. I can, however, get behind the idea that we’ll see more of these comic book-y elements through Strange’s project which can in turn help flesh out the universe of this show, even though it is happening so early in Bruce Wayne’s life. It just felt strange — no pun intended — the way it got introduced out of nowhere.

The thing that also helped make this plot stronger was the revelation that Strange and Thomas Wayne used to be friends, which makes this even more personal for Bruce and that’s something I enjoyed. Strange also unleashed Mr. Freeze 1.0. (or does this count as 2.0.?) on our heroes and I will say that as the comic book fan that I’m, I really dig the design of his armored suit. It feels like it’s borrowing from several interpretations, both in comics as well as from Mr. Freeze in the media. The only fear I have for Victor at this point is that he will just be a victim of Strange for a long period. Speaking of victims: while this wasn’t the biggest surprise ever, we do see the return of Theo Galavan and the major hint of what is coming up for him in the next episode, which will quite intriguing to see.

I don’t know why, but I felt really sorry for Barbara while also enjoying seeing her crazy self. The only disappointing thing about her role in the episode was that she ended up back with Tabitha and Butch (who I love, but isn’t being used properly as a character). It is still really weird why Tabitha is even around as they have barely put her to use in the second half of the season. Although there was that whole thing about her brother now being back which I’m sure will make her deeply concerned…only time will tell! Overall, “Pinewood” was a step-up and while we have to go through yet another one-week hiatus, the second half of this season has been a major improvement and will hopefully end just as strong with these final episodes.

Gotham returns in two weeks on Monday, May 2, with the 19th episode titled “Azrael” at 8/7c on FOX.

Bruce and Alfred gets one step closer in their investigation of Project Chimera and Patient 44’s identity is revealed in this week’s Gotham. 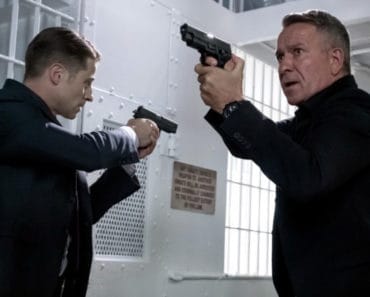 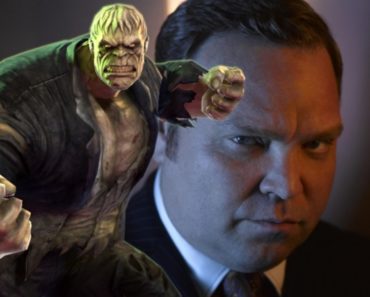