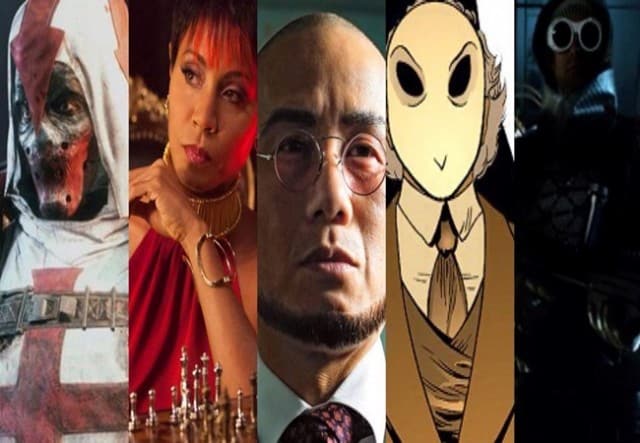 Today we’re officially only two weeks away from the return of FOX’s beloved DC TV drama, Gotham, the story of Jim Gordon before he becomes the commissioner that we all know and love as well as the birth of several dangerous villains from the Batman mythology before the Dark Knight is born. The first half of Season 2 featured several twists and turns which will only continue when the show comes back for its second half of the season. TV Overmind was honored to recently speak with executive producer and writer of the series, John Stephens, to get a peak of what is in store for the rest of the season.

Be aware that some of the questions and answers contain spoilers from the first 11 episodes of Season 2 so if you aren’t caught up and wish to not be spoiled: don’t continue. 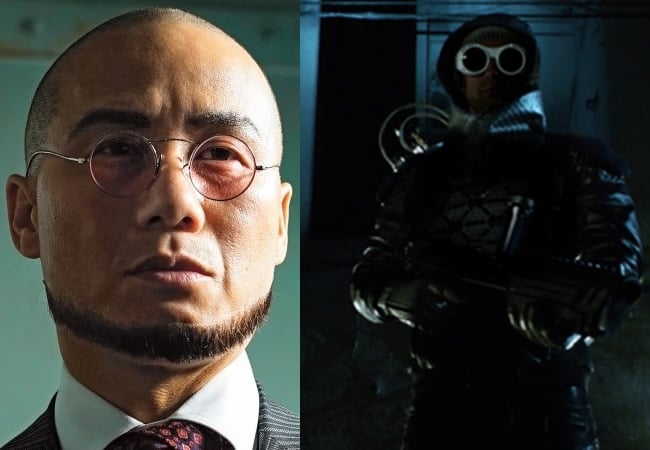 TV Overmind’s Andy Behbakht: You guys have announced a lot of characters that will be coming into this second half of the season with Hugo Strange, Mr. Freeze and more. If we start with Strange: you get to bring this character to live-action for the first time, what are you most excited for fans to see with this version of Strange?

John Stephens: I was kind of amazed too when I realized that nobody else had done him in live-action yet, I went “Wait, is that true?!” The biggest thing is what B.D. Wong has brought to the role which is he has brought an energy to Hugo Strange that I think no one has ever seen before in the animated series or the comic books. He is coming with a new turn on the character and he has a level of deliciousness about the way he approaches the role that I think is going to be very appealing to fans. He also resides at a slightly different place inside the core Batman mythology that he has ever had before. While remaining true to the character, we’ve altered his backstory just a little bit that I think the fans will find really, really exciting.

TVO: Then in terms of Mr. Freeze — what can viewers look forward to see with Nathan Darrow as Mr. Freeze because based on some clips and trailers that we’ve seen; he seems to be a very tragic man that will be forced into this villainous path.

Stephens: Yeah I think what they’ll see is a very humanly version of that character. I think the way Nathan does the role and the way it’s written, everyone, I hope, will see the action that he takes very, very relatable and his descendent into villain, something almost like a heroic fall, so that when he actually does become the true Mr. Freeze, we’ll all understand why he became that. I think he is going to be a very tragic character.

TVO: Something that was apparent in the first half of the season was that this year, so far, has been a lot darker than season one and with something like Gotham City, there’s really no limit. How do you and the writers balance that element without going too far?

Stephens: It’s tricky, I absolutely agree because it’s a very dark show, it’s a pretty violent show. Part of it is like an internal judge; we look at it and try to think “is that too dark?” or “is that too violent?” We try to level it with comedy to it to a large degree so there are a few moments of lightness. We also try to do some of the violence in ways that feel especially part of the graphic Batman world, like in the flashback in episode 5 when the Dumas ancestor is getting his arms chopped off. That has a very gothic horror element to it, which doesn’t feel straight off as realism-violence, but there is an element of mood to it. So it’s something that we do think a lot about, to a certain degree.

TVO: It has been announced that Jada Pinkett Smith is coming back to Gotham as Fish Mooney for a couple of episodes. I know you can’t say too much, but what can you tease about her return, what is her role when she comes back and how will this affect Penguin?

Stephens: When she comes back, well she will come back in water too so, you know, fishes can swim, so let’s all remember that. She will come back not quite as the same Fish Mooney as we remembered. Even as the show itself has progressed and making another step to that comic book world, Fish herself will also have been handing that, step for step. The person that is going to have the biggest reaction to that is, obviously, going to be Oswald. He will once again find himself head-to-head with Fish Mooney. 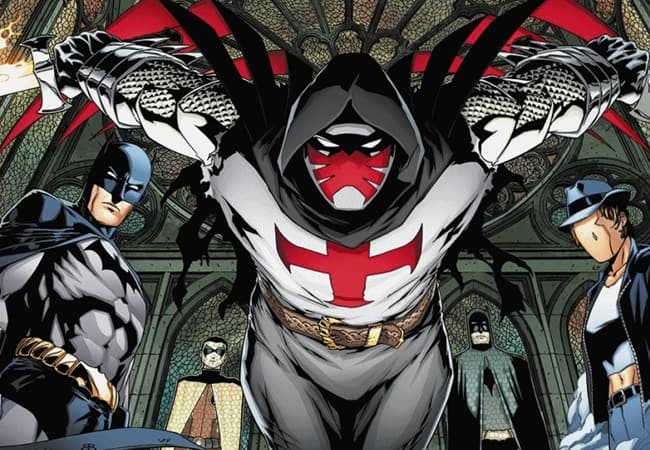 TVO: Back at San Diego Comic-Con last summer, Bruno [Heller, Creator and Executive Producer of Gotham] had talked about Azrael coming to the show and since you have been playing with the Sacred Order of St: Dumas: when can we expect to see Azrael? Has someone been cast as him yet and how will he makes his entrance into the show?

Stephens: I’m just leaving New York right now and I just finished directing episode 18 and I shot the first Azrael scene so you’ll be seeing him in the second half of this year!

TVO: Is he going to get an origin treatment as well on the show or has he perhaps already been established in this world of Gotham City?

Stephens: We’re going to give him an origin backstory to Azrael when he comes in. While it will have the hallmarks of Azrael as we know him from the comic books, there’s going to be a twist to him that will make him different.

TVO: One of the great relationships on this show is obviously the dynamic between Bruce and Gordon that you guys have done such a great job with. They have been going back and forth a lot this season so far, but seem to be back on a steadier path now. What can viewers look forward to see in between those two?

TVO: Speaking of father figures, we’re going to be meeting Daddy Cobblepot pretty soon played by Paul Reubens which I know Robin Lord Taylor (Oswald Cobblepot) is stoked for. What is his meeting with dad going to be like when they meet each other for the first time on screen?

Stephens: It’s crazy! [Laughs] It’s amazing too because the casting of Paul is great, but it’s also for the fact that Paul and Robin actually kind of look alike, they actually do look like father and son! So when you see them on screen, you will go “oh I totally buy that! I totally see them as father and son.” It’s a great moment in the series. 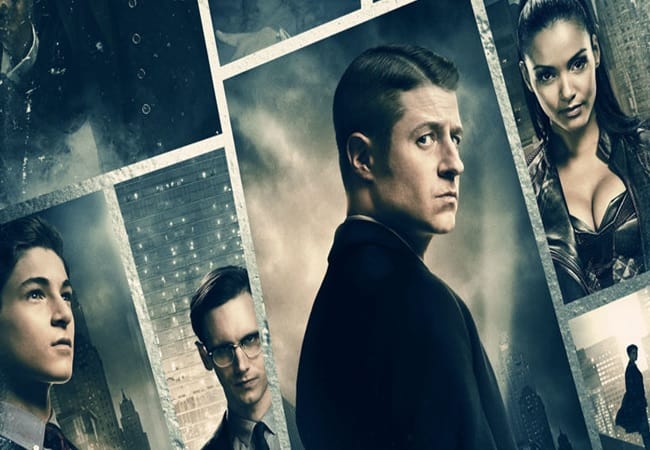 TVO: You have been building up Indian Hill, with the inclusion of Hugo Strange and with all of that, is Indian Hill basically going to serve as the new big bad for the second half? You have setup a lot of big baddies out with Tabitha still being out there, Butch is now at a higher rank, you got Strange so how are all of those elements going to come together in terms of Indian Hill?

Stephens: Indian Hill will definitely serve as a focal point in the second half of the season; it’s going to be where all of our characters are eventually headed and where most of our mysteries will be solved by the end of the year. It will be the true north that’s going to guide everybody.

TVO: Bruce finally found a new big clue to the mystery of who killed his parents with “M. Malone” as in Matches Malone [who will be played by Breaking Bad’s Michael Bowen] — can you talk a little about his role when he comes in and is this season, supposedly, going to be the year where you wrap up the Wayne murder mystery or might it go on?

Stephens: We are going to pursue it and we are going to peel back a bit of the mystery of his parents’ death. We are definitely going down that road.

TVO: Bruno also talked about introducing the Court of Owls this year that has become a huge part in the Batman mythos. Is it still planned to come in this season or what can you tell us about it?

Stephens: That’s going be a bit in the future so we shall look at it down the road, but we are going to start laying the groundwork for it this year. But we won’t actually see them this year. There will just be hints of it.

TVO: Finally, even though Jerome is dead, are there going to be any more Joker teases this season?

Stephens: We will actually have more seeds of the Joker that we will be seeing for the rest of the year.

You can follow John on Twitter @JohnRStephens and make sure to not miss the Season 2B premiere of Gotham titled “Mr. Freeze” on Monday, February 29, 8/7c on FOX. 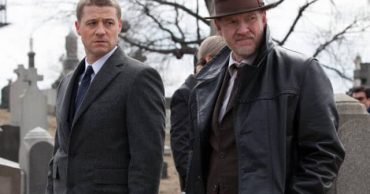 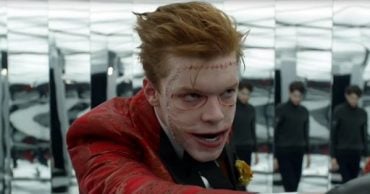 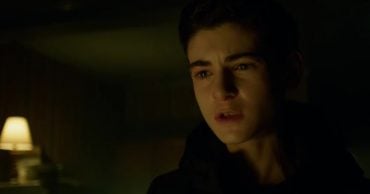 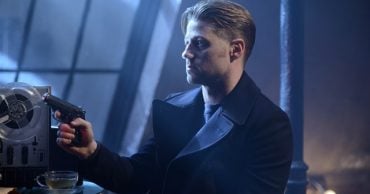 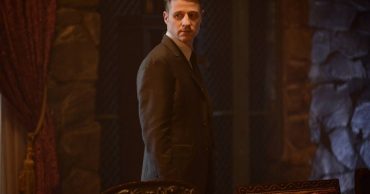 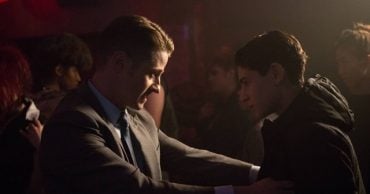