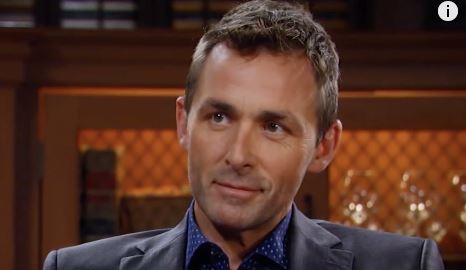 General Hospital fans are getting some serious answers. While we assumed that Anna and Alex were working together to deceive Valentin, it seems this might not necessarily be true. We do think there could be a chance that Anna is not part of this plan, but that Alex is masterminding it. But is this a choice Anna made on her own? We will find out that when Anna misses a chemo appointment, Griffin will warn her that she cannot skip her treatments. It seems that Alex is very surprised to hear she has cancer. She didn’t know her sister was sick. She was just as shocked as can be to find this out, and we suspect we might see these sisters alone together in the near future. Everyone does seem to be very surprised that Anna seems so strong and healthy all of a sudden, and it’s because they have no idea that it’s Alex.

And now she’s this close to finding out what she wants to know from Valentin. She’s trying to find out about the Chimera Project, and it seems he sold it to the highest bidder. Considering little Jake Webber is perfectly aware of this project, it seems that he might be the one who has it. Does this mean the highest bidder was Helena Cassadine? And does this mean she’s still alive? There is a chance many of the dead Cassadine’s might just be alive and well and hiding out, but it seems that it might be a huge coincidence that they’re all just alive and well right now.

We don’t know what she might find out, but we also know she has no problem taking him to bed to find out. He knows she’s working him, but he can’t seem to resist her. This is the love of his life in our opinion, and we wonder if Nina will be able to stop him from being with her. She knows he’s sneaking around, and we know she’s going to do whatever she can to stop him from being with Anna or Alex or whomever he is with at the moment. Will it work for her?