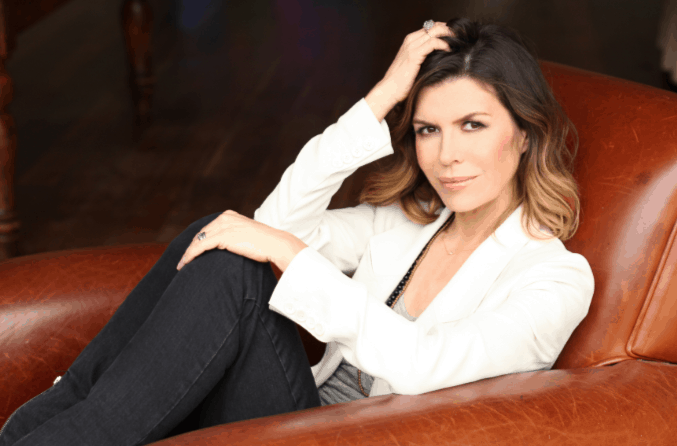 General Hospital fans have been watching people make a mess in Port Charles for many years, and that’s what they do best. It’s what makes the show interesting, the people our favorite, and the drama almost never-ending. We love them and what they bring to the table, but it seems that many of them have something very obvious in common. It appears that no matter how long we watch them on our television making a mess of their lives in Port Charles, some of the men and women around here never seem to age. Not a day. They appear just as young, youthful, and beautiful as they did when they first began working around here. And that’s amazing. We know plastic surgery and maintenance is a real thing, but what about how well they are aging to the point that they don’t appear to actually do the aging thing? Here are some of our most obvious favorites.

She plays the lovely Anna Devane, and she’s good at it. She’s also sometimes on the screen playing her own evil twin, which is so much fun. Imagine getting to be a good person in real life who plays a good person on the television show that’s her second home who also gets to play a total mean girl and a horrible person sometimes. That has to be so much fun to get to be that kind of person who gets to make life more fun by being totally amazing all the time. But what’s even more amazing about her is that she’s not aging. She’s more gorgeous now that she’s almost 60 than she was when she was 20. She’s so graceful in her movements and her life, and we think that plays into how well she’s aged and what she’s managed to do with her life. She’s a woman who appears to be completely lovely from the inside out, and we love that about her. She’s a star in every sense of the word, and we love her for all she does for this show. She’s gorgeous, and we want to know what she’s doing with herself to make this possible.

Can we just say that she looks exactly like she did when she was a teenager and she was all about Lucky and the life that they were going to build together when they grew up? She’s been in Port Charles almost her entire life (or so it seems) and she’s not aged a day. If anything, she’s come into her own so much that she looks so much more gorgeous and more youthful today than she ever did as a younger star. She’s gorgeous, she’s amazing, and she’s not aging at all. If we take a moment to consider the fact that at 41 she’s been married almost 20 years and she’s given birth to three kids, well, we’d just like to say that she’s doing a wonderful job taking care of herself from the inside out. She’s gorgeous, and we love her for it. She probably gets mistaken for her kids’ older sister when they’re out. Or, she might even be mistaken for their nanny because she’s just that youthful.

Just like her friend Liz, she’s not aging at all when she plays Sam. She’s currently 42, and she’s looking better now than ever. She is perfectly capable of spending her life in the spotlight looking as gorgeous as ever, and it’s clear she takes care of herself. She’s been doing the best job taking care of herself. Remember when she had a guest appearance on Dancing with the Stars, and she made it clear to all of us she takes her health very seriously? She’s in phenomenal shape, and we imagine she probably eats well, is physical active regularly, and she makes her health a priority. You only get one shot at living a very healthy life — and it’s clear to us that she’s taken that and run with it in a way that makes her look like she’s barely turned 30 when she’s into her 40s. She’s gorgeous, and we love that she’s taking such good care of herself.