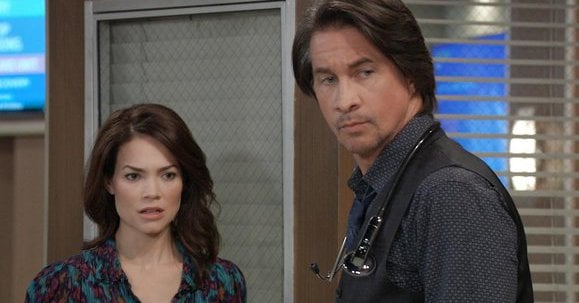 General Hospital fans know that nothing is going to stop Shiloh. He is a man who wants to see things go his way no matter what happens in the world. He is a man who wants to make sure everyone is on his page and that all things go his way no matter what, and he is going to do anything and everything in his power to make sure this happens. He’s a mess. We get it. There is nothing anyone can do about him and his issues, but what about the fact that he is making a call that might change the game for the people who are looking to take him down, and what about himself? He’s a wreck, and we get it. We know that he’s not going to go down at all without a fight, and that’s what is going to change the way we live our lives. He’s someone who cannot get it together, and there are serious problems with that in so many ways.

Meanwhile, we also know that we can see things a bit more clear as we get to focus on things that are going on in the world. There is a lot happening with Jason, too. He’s upset, and he’s not sure what is going on. It’s not like him to end up in a situation where he is nothing short of perplexed about a situation, but here he is. He’s not sure. He’s, for once, totally unsure of what is going on and how he can fix it. He’s at a loss, and that is not typical of him. What does this mean for his future? We aren’t sure, but we do know there is little he can do about it. He’s a mess, and that’s not good.

"But I'm not Franco… " #GH pic.twitter.com/ceRSR8kTjP

Nina is determined to make things better in her life, in the lives of those she loves, and she is going to get her way even if she cannot figure out how that is possible in the moment. She’s got some determination, and we do believe she can use that to her advantage to make things work in her favor. She’s a great person with some serious good things in her heart, but she has to channel those and figure out how to use them to her advantage. She’s awesome, and we love that about her. But, there is also something that we will see happening that’s not so great. Laura is troubled. There are things in her life that just aren’t working in her favor, and we cannot figure out what she can do to make some positive changes in her life. She is struggling, and we get that.

There’s a lot happening around here otherwise, and that’s going to make some changes. Alexis is going to find herself with a new client when someone pays her retainer and lets her know that they need her in their lives. She’s a woman who has a lot to offer, and we cannot help but wonder who will hire her. It seems to us that whatever it is might be a big deal if she is willing to change her entire life to make things work in her favor, and that is a big situation. On the flip side, Michael is finally going to speak his plan and make it all seem doable, and that is huge.