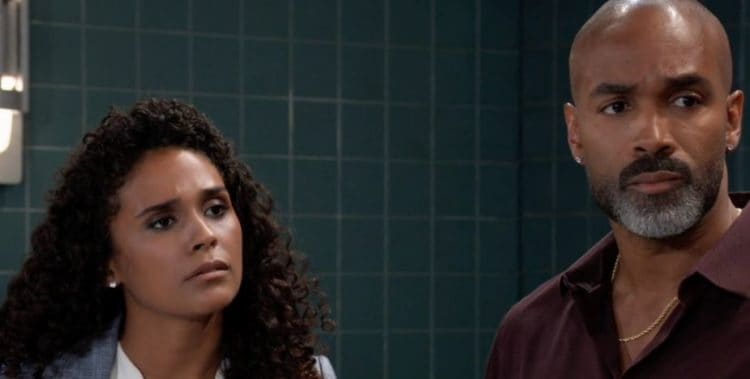 General Hospital fans know that Brad has a lot of explaining to do. Things didn’t work out for him well in the past, and he’s not sure how to focus on his new life. Is there any chance he feels that his relationship and his life can be salvaged in any capacity, or is there no hope for him in that manner of speaking? Good news, though, is that we will get plenty of drama from this one, and it might just make things a little more interesting in the long term. We don’t know for certain that it will, but we can see for ourselves that some things are a lot better said than done. Of course, that is not going to work for anyone if he’s not open with them about it, and we know that is often the very hard truth for people.

Jason has an update, but we don’t know yet if it’s something good or bad or just something that presents itself one way when it is really another way. We just don’t know if it’s good or bad, but we can imagine that it’s a situation we may see more of in the near future. Is there a chance we can see this unfold in another situation? We don’t know, but we do know that it’s good for everyone involved in this. Meanwhile, Kim cannot help herself with the way things are going. She’s upset, and nothing is going to change that or fix how she feels. She’s a woman who cannot figure out what to do with her life, and we get that. We get that she is confused and upset and not in her best place. But, does she get that? We don’t know, but it might just work out for her.

Sonny Corinthos' children are the reason he wakes up in the morning. Relive some of their most unforgettable moments in the newest General Hospital Collection: All Sonny's Children. All 16 episodes are available now – without a login! CLICK TO WATCH: https://t.co/IytVDHu6Oe #GH pic.twitter.com/dtdINhykzc

The secret's out! @tamronhall is making a pit-stop in Port Charles – THIS FRIDAY. Needless to say, Maxie's a tad nervous. @TamronHallShow #GH pic.twitter.com/bcCM1Osvmk

Elizabeth and Sam are about to cross paths, and we cannot tell you how that will go. It’s not always easy to get this under control, but it’s not always good that there will be confrontations with one another. They have never been the best of friends. They have not gotten along like friends most of their time together. They have issues. They have struggles. They don’t always see things from the same perspective. They are struggling to get their lives in order right now, and there is little we can do to stop that. What will happen, however, is that they will find things do not work in their favor. We cannot help but assume things will fall apart for them, and that’s never good news.