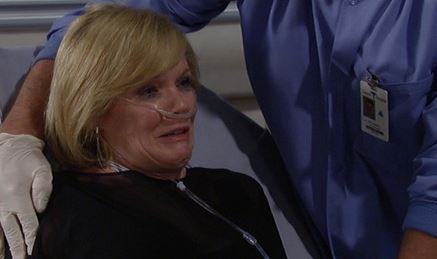 General Hospital fans are so confused by so many things these days, and it won’t turn out better for us if we don’t pay close attention. A lot is happening right now. We have Alexis who is confronting Carly and Sonny about their role in a number of things even though she recently just bonded with Carly over the fact that their daughters are problematic in terms of their relationships with them. She’s got a lot on her plate, and she wants to be sure she’s got the facts straight.

We are going to see that Sonny is coming up with a new plan of action for his own life, and he’s sharing that plan with Jason. But is this a plan Jason supports or is this not something he supports? We don’t really know. It’s all up in the air, really. And then there is Ava. She’s got a big crush on Griffin, who also has one on her.

She has all kinds of fantasies about him this week, but she’s not exactly acting on him. She feels that she’s not good enough now that her face looks the way it does, but we suspect she’s just using that as an excuse. She knows he’s into her despite the fact that her face is burned. She’s just feeling sorry for herself and needs to get over it. But will she? We don’t know where that will go, but we suspect she needs it act on it now before it’s too late.