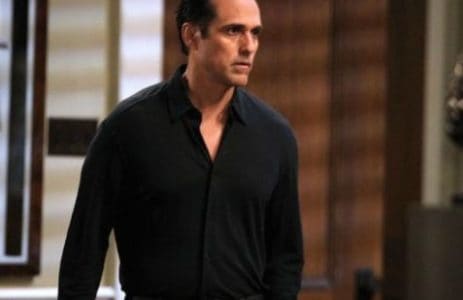 General Hospital fans never doubt anything that Sonny does, but they’re starting to doubt him at the moment. He’s been unable to keep it together lately, and that’s never a good thing. He has to get things in order for his wife and their family, and it seems to us he is having a difficult time with that. He’s not able to get it going at the moment, and he’s unable to protect his wife. They’re all worried about Mikey, and things are taking a turn for the worse everyday in their lives.

It’s not really like Sonny to take so long to fix problems. They have to get their lives together, and fast, but he can’t seem to catch on to what is going on — and that worries all of us. He’s not typically someone who requires this much time to fix the problems he has, so this is concerning to say the least. Is this a sign that things might not be where they need to be for him?

Is this a sign he might need to get his life in order faster than he imagined? And does this mean he has a chance at fixing all that’s been wrong in his life, but that he has to do it on his own? We have so many questions about what is going on with him and why he’s unable to focus on this situation so he can fix it for Carly. Instead, he’s watching her deteriorate and doing nothing.