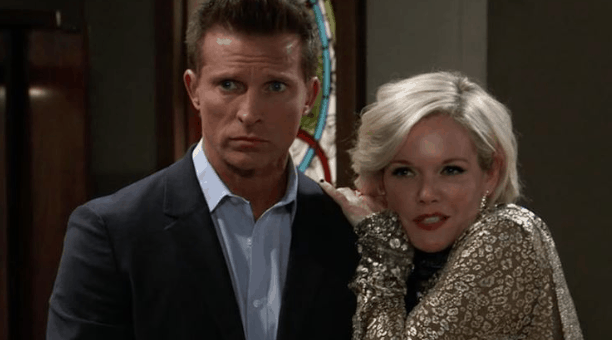 General Hospital fans love a good love match, but what about the ones that aren’t so good and don’t last very long? We are big fans of many things in life, but these are the kinds of things that we love to hate, and we certainly hate to love. We are fans of things that work out for us, but we are also fans of things that are meant to be. We love love, but there are rarely as many happy endings as there are heartaches and sadness. We know that things are not going to work out for people every single time, but we also know that we have a chance to see things work out for some people more than others. For example, we know that we can count on some couples to make us love them forever. And there are some who were together but they were so not good for one another that we forgot all about them.

Who? Right? That’s what we said. Lorenzo, who? It turns out there, was a long time ago when she was not with Sonny or Jax, but she was with a man by the name of Lorenzo. It was the early 2000s, and we just forgot all about it because she was the one woman who seemed to take Sonny’s heart and use it for the long haul. Even before she was with him, she was with Jax, and that was one we did like. But this guy isn’t even someone we really remember. In fact, he was so long ago that we can’t even figure this one out, but she would have a quick relationship with him — remember him being the man who Sonny hated more than any other? And that didn’t work out, but they did get married at one point. It was so gross to us that we forgot all about it.

His wife is Carly, his best friend is Jason, and Jason and Sam have a long history together. Both of these couples have such a long history together that it’s hard for us to remember a time when they were not together, which is the point here. We remember, vaguely, when Sonny and Sam had a thing. Sonny wanted to be with Carly, but things didn’t work out. When she was finally ready to give him a second chance, Sam ended up pregnant with Sonny’s baby. Jason decided that the best thing to do was to step in and pretend that he was the man who fathered this baby Sam was carrying so that his best friends could get back together. The baby didn’t live, but he and Sam actually fell in love with one another and they were very good to go after that. We almost forgot, though.

We forgot about them, but that’s only because it was so long ago in the 90s. You see, these two are played by the same people who play Patch and Kayla on Days of Our Lives, and we all know that they are one of the most iconic television couples of all time. And when they both landed a job in Port Charles, they were able to play characters who also fell in love. How fun for them to be in love on two different shows in their careers? That’s a fun thing to get to say about one another, but their Port Charles coupledom didn’t work as well for us as other things did. For example, we did not even remember this until we pulled it up online. They were good, but they were not great. And they were the kind of people who were sometimes good, sometimes evil, and they were sometimes not the people we wanted to see them become. They did make some things work in their favor, but we forgot all about them. Where we did not and will not forget about them, though, is in Salem where they are the couple of the year, the decade, the century — if you ask us. We just love them so much there, and we could never forget about them around there, ever.