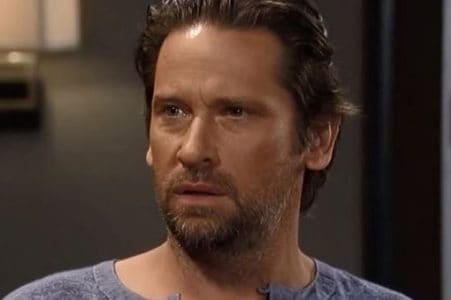 General Hospital fans know that Franco loves his work, and he is having a show. Ava has agreed to allow his show to go on despite the fact that she is going through so much of her own stuff right now. Will she go to the show with her face looking as it looks? Will she send someone else to do her job for her? Will she be able to handle this, or will she cancel Franco’s show all together? We know he is very excited about it, and he is doing all the things he needs to do to tell his friends and family about it. Liz is very proud of him and all he has accomplished in the recent past.

When Franco is choosing paintings for his show, Liz really likes one of two shadowy figures in the trees. But Franco won’t sell it. It’s him and his childhood imaginary friend playing, and the way they talked about this story has us wondering. Is there more to this than we ever imagined? We have a very distinct feeling that this is not over.

There is nothing discussed randomly or by accident on this show, and this is no exception to that rule. We have every reason to believe that his friend that he has in this painting is going to turn into something far more than what it appears to be. Is it the old Jason returning? Is it someone that Jake knows? We can’t wait.