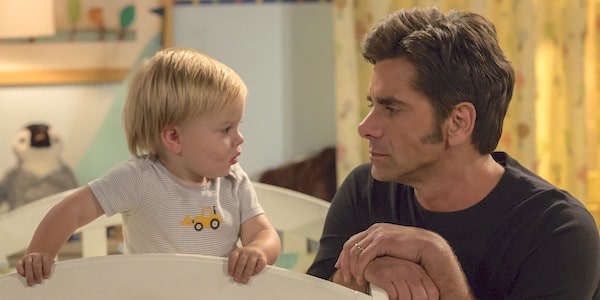 Is anyone else groaning at how much a pair of little kids are making for their Fuller House appearances? The Messitt twins, Dashiell and Fox, are making almost $10,000 per episode. To date they’ve made almost a quarter million just off of being cute. Now some people might think that being an adorable little kid and having the kind of pincher cheeks that drive mothers and grandmothers wild would be worth something, but $10 grand an episode?

It might sound like petulance to say that a child doesn’t need to be earning this much when they’re not even old enough to fully understand what the show is about, but come on. There are millions of people in the world that won’t see ten grand while working their tails off much less ten grand for a single appearance. That seems so horribly skewed but then you realize that it’s probably a nominal fee for any actor that’s just getting started. Some work for peanuts when they’re just starting out, while others have become used to these humongous paydays that allow them to buy nearly anything they want in the world.

It’s kind of interesting to think of why this is justified. Granted, the kids could use that money for a great education or to start their lives when they get old enough, so there is a benefit to it. But aside from that, and the fact that some kids’ parents decide that the money earned by their kids should go to their benefit instead, it seems a bit ludicrous. The salaries that actors pull down in any case seem way over the top despite the fact that some of them are uniquely talented at their craft. Acting is not the easiest thing in the world but next a few other areas of expertise it certainly doesn’t add up.

But these kids have only one job, to act cute and do as they’re instructed. And for that they’re making bank with each episode. In some ways it seems a little insulting that a child would be making more than many grown adults throughout the world simply because they’re seen as a needed commodity on a streaming TV show. But once again, this would spark an argument the likes of which I have no interest in furthering. It’s enough to say that their salary is kind of ridiculous for any child and let it stand as an opinion, not as a rallying cry to evaluate the necessity of paying children such large amounts of money for being themselves.

Most kids when they’re this age don’t even understand the concept of money let alone what it means to have this much. Unfortunately I get the feeling that the parents, even if they love the twins dearly and are good people, now see their sons as gifted, talented cash calves that will continue to support the family so long as the show continues. That’s kind of sad and depressing really, and I can only say that I hope it’s not the truth.