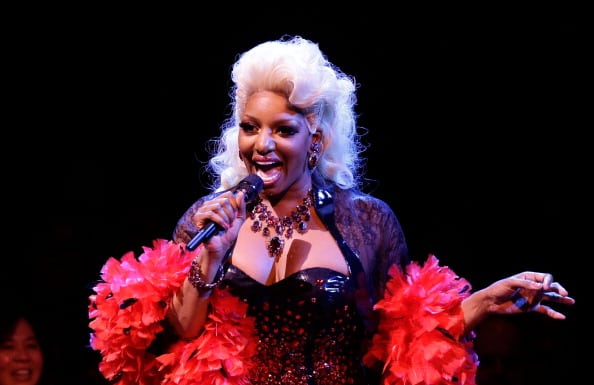 Last week, we had to say farewell to Glee, which aired on FOX for six seasons. If you have not watched the tearful good-bye, go check it out as soon as you finish reading this article. You can also read the review my colleague Chris King posted on our site by clicking here. Over the last several weeks, we at TVOvermind have taken a trip down memory lane to the past seasons of Glee and showcased some of the characters that you may not have even remembered were even a part of the series. Last week, we took a look at Glee Season 3, which aired on television from 2011-2012. That article can be viewed by clicking here. Now, we’re going to explore the forgotten characters from the fourth season of Glee, which saw some of our favorite characters starting a new life in New York City.

I completely forgot about Cassandra July appearing in five episodes of the fourth season of Glee. She was the awful dance instructor at NYADA that detests Rachel Berry. Prior to coming to NYADA, Cassandra starred in a production of Damn Yankees and got angry at a person in the audience when their cell phone went off during her song. Cassandra urges Rachel to go back to Lima to see the production of Grease so that she can hook up with Brody while she’s away. She and Rachel end up having a “diva-off” to “All That Jazz.” Cassandra July is played by Kate Hudson, who is set to star in the film Rock the Kasbah due out in November of this year.

There was a brief period of time during the fourth season of Glee that Kurt worked for Vogue magazine’s website. One of the editors there was named Isabelle Wright and she appeared in three episodes. Kurt sneaks Rachel into the offices and gives her a makeover, which Isabelle requests be used in the magazine. She is also invited to Thanksgiving at Kurt and Rachel’s apartment. She is last seen in the episode where she takes Kurt, Rachel, and Santana to a fashion show. Isabelle Wright is portrayed by Sarah Jessica Parker and is set to appear in the film All Roads Lead to Rome.

Brody was Rachel’s love interest for a good chunk of Glee’s fourth season. He ends up moving in with Kurt and Rachel, but moves out once it is revealed to Rachel that he is a male escort. He cheats on Rachel with Cassandra July, but claims the only reason he did that was because she had went to Ohio to visit Finn. Later in the season, after Finn learns of Brody’s true profession, he come and beats Brody up, telling him to stay away from Rachel, who he calls his “future wife.” Brody was played by Dean Geyer. He has three films that are due to be released during 2015.

Sugar was a fairly prominent character during the third and fourth seasons of Glee. Sugar dated Artie and was the only person to cheer for him when he announces to everyone that he is going to run for vice president of McKinley High. During this season, Sugar played Frenchy in the school’s production of Grease and becomes a member of the Secret Society of Superheroes Club. After Season 4, Sugar also makes an appearances in the Season 6 episode “A Wedding,” as well as the series finale. Sugar is played by Vanessa Lengies, who recently starred in the now cancelled ABC sitcom Mixology.

Hunter Clarington appears in a few episodes during the fourth season of Glee and is the new captain of the Warblers and steals the national trophy the New Directions won at the end of Season 3. He says he will return the trophy if Blaine returns to Dalton Academy. It comes to light that Hunter and some of the other Warblers were injecting themselves with steroids before performances. Hunter is portrayed by Nolan Gerard Funk. He appeared on Awkward as Collin Jennings during the show’s third season.

Adam is the leader of NYADA’s glee club, Adam’s Apples, and he encourages Kurt to join the group. Kurt becomes infatuated with Adam and asks him out on a date. Adam realizes that Kurt is not fully over Blaine, but Kurt assures him that he wants to move on and continues to see Adam. However, this is the last time we see Adam. Kurt breaks up with him later in the season. Adam is played by Oliver Kieran-Jones, who has appeared on Pretty Little Liars and Episodes.

Stoner Brett has been appearing on Glee since the second season, but he made several appearances during Season 4. He tries to audition for the New Directions, but he is an awful singer and does not get into the club. He is mostly shown during scenes where the entire student body is present. He goes to the Sadie Hawkins dance with Dottie and bakes her special brownies and does continue to appear in Season 5. Stoner Brett is played by Ryan Heinke. He has appeared on Two and a Half Men, The Middle, and CSI.

Dottie had the privilege of being Tina’s personal assistant during the fourth season of Glee. She appears in six episodes. Dottie attends the Rapture meeting that Kitty hosts and is left behind, which makes her think the Rapture has just occurred. However, Brittany is there to help her. She is also a member of the Too Young to Be Bitter Club. In her last appearance of the season, she buys the calendar the boys from the glee club make. Dottie is played by Pamela Chan, who recently appeared on the television series Getting On.

Roz Washington first appears on Glee in the middle of Season 3. In Season 4, she takes over the Cherrios after Sue leaves. She thinks Blaine was the one who fired off the gun earlier in the season when it was actually Becky. She is last seen watching Brittany hammer up on the wall 95 reasons why she wants to quit the cheerleading squad. Roz is played by NeNe Leakes, who also appeared on Ryan Murphy’s short-lived series The New Normal.

Who is your favorite forgotten character from the fourth season of Glee? Let us know in the comments section below.