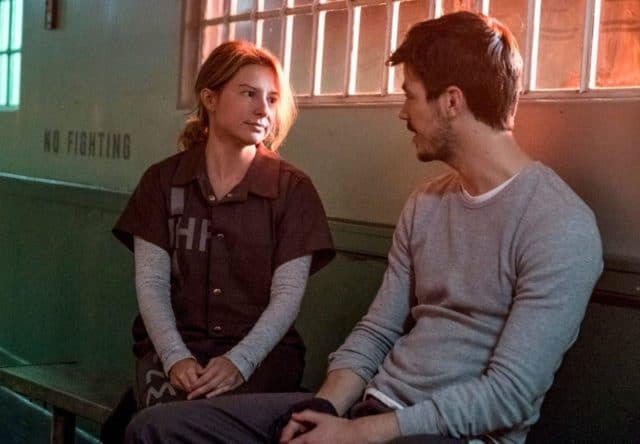 Moving further into this season, The Flash continues to develop an interesting season for Barry Allen and the rest of the team. The season has developed an interesting villain in DeVoe but feels like it has fallen stagnant in the progression towards the season’s conclusion. A lot of The Flash episodes to fall before this have missed the mark and feel like they are completely filler episodes or rehashed material that covers themes that have been explored in the past.

“True Colors,” once again dives into an interesting idea but quickly feels like it is a means to an end. Having Barry in jail has been an interesting premise and while it can feel mishandled at times, a lot of the plot has provided an interesting perspective for Barry to experience. The hero has been forced to spend time with all the people he has locked up, getting to know them on a more personal level than he might have previously expected. This episode dives into that even further, when Barry is a part of a large metahuman sale to Amunet, who wants to build out her group of thugs. Despite there being plenty of good reasons for these villains to remain in jail, even Barry recognizes how bad this situation is and that Amunet gaining control of more metahumans could only make things worse.

Once again, The Flash forces Barry to connect with and lead a group of villains. It goes pretty much as one would expect it to, and essentially all builds to the ending confrontation. Barry is able to get away with the whole charade for a good stretch of time as he leads the group of criminals to their freedom but in the end, DeVoe shows up. Just like everyone else in the season the Thinker has some grand scheme that has yet to be revealed. The Flash always tries to point this out but has yet to truly reveal what the villain is up to or what his endgame is. Barry spends the entire length of “True Colors” getting connected to these characters but in the end, DeVoe just absorbs all of their powers and kills them.

This is where The Flash runs into the biggest problem of Season 4, which is the fact that these stories build up good concepts but don’t really feel like they pay off how they should. It is tough to feel a connection to any of the supporting characters when it is so clear they are going to perish by the end of the episode. “True Colors,” is just a predictable plot because there is no way a heroic character like Barry can end up letting a group of criminals escape prison. The episode does a nice job of displaying his connection with Becky, who is the least corrupted out of the villainous group, but even after all of this, it still doesn’t fully feel like a big loss. The Flash does not need to prove that Barry is a good person who believes that there is good in everyone, the viewers already know that about the character, so episodes like “True Colors” begin to feel like filler.

Even the B plot with Ralph is another overused idea about the character’s self-doubt that he is not a good enough person to be a hero. Ralph has been a fun addition to The Flash when he actually gets some continuous growth as a character, but the show has started to go one step forward and two steps backward with him. The show has pushed his character to a point where he seems to be the scapegoat for filler content whenever they need to fill out the episode. The Flash needs to begin to get to the point because even with 10 episodes left in the season, it is beginning to stall out.