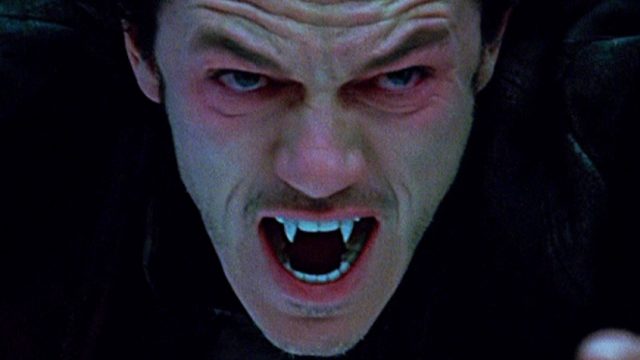 You might wonder what it takes to get on the list of worst portrayal of Dracula. It doesn’t take much I’m afraid. The role of Dracula has since the time of Nosferatu and Bela Lugosi been something that terrifies moviegoers and thrills them with the bloodlust and the need for human sustenance that is the dreaded lord of the night. Dracula has been a myth throughout human history that has been fed into and claimed throughout many cultures as the story has continued. But unfortunately upon the bloodsucker’s arrival to cinema the story was understandably changed and written up as a love story, a story of triumph, and even in some cases a story in which Dracula is the tragic hero that has no other choice than to become a creature of the night.

The reason Dracula Untold isn’t on here is the effects, pure and simple. The rest of them couldn’t have lasted with or without the special effects.

Dracula isn’t just bad in this one, he’s bad to the point of being flat out ridiculous since quite honestly he’s no more than a walking caricature who can unhinge his jaw like an anaconda. Seriously, how is that optimal for a vampire? With that kind of a bite they could decapitate a person with one chomp and have a midnight snack later on if they get hungry.

Blade needed to stop after the first one. Just letting it be implied that Whistler was dead and Blade was still doing his thing would have been great. But two more films later and we’ve gone through a blood god, a demonic adversary created in a lab, and now the king of the vampires, Dracula, or Drake as he goes by. It’s like watching a train wreck going off a cliff and then falling straight into a deep chasm, breaking apart as it goes.

So Dracula was formerly Judas Iscariot hmm? I guess that would go a long way towards explaining his intense aversion to anything Christian or silver. But really the idea that he would willingly create spawn that would go on a blood bender and just run rampant throughout the city seems a little nuts since Dracula always seemed to be a little more selective.

The main bad guy wasn’t Dracula but he was a head vamp all the same. Rutger Hauer is a great actor but this is one film he should have warded himself against since it did no one’s reputation that much good. It became a campy, cult classic but that’s about as far as it went since perhaps the best thing that came out of it was a TV show that lasted for a number of seasons.

1. Billy the Kid vs. Dracula

If anyone tells me to give this one a break because of the time period it was set in I will honestly laugh long, loud, and hard since it doesn’t matter. This plot would be horrible even by today’s standards since an outlaw of the wild west going up against a character like Dracula is akin to putting a field mouse up against a ravenous king cobra. There might be a slight chance of survival but only if the mouse knows about it.

Dracula films are kind of hard to nail correctly thanks to massive interpretation issues concerning the legend.