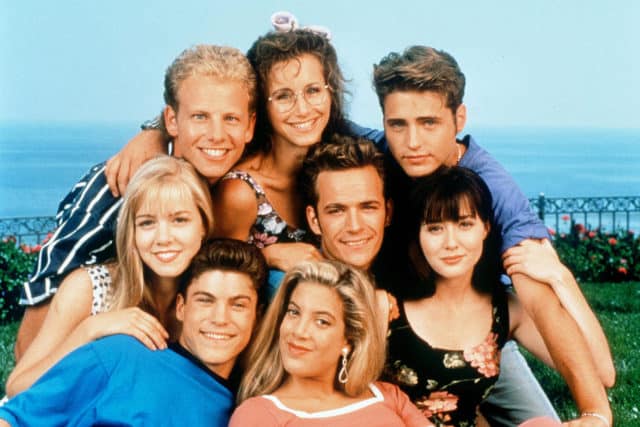 Let me start off by saying that not all of these shows represent the majority of Beverly Hills, but if they did, then society might be in trouble if the younger individuals in these shows were ever the example of what’s to come. Drama is a big draw in the TV industry when it comes to locations like Beverly Hills and it’s very fair to say that a lot of what is shown on the screen is overplayed and over-dramatized to bring in viewers. It’s a strategy that worked obviously since these shows have been seen as some of the favorite programs on TV. Even those that happen to live in Beverly Hills have no doubt nodded their heads in favor of the many different shows that have sought to represent their lifestyle and their flair.

It’s not the life for everyone, but it’s definitely glamorous.

I sincerely hope this isn’t the measuring stick for the youth of Beverly Hills’ youth. Just listening to these people makes my head hurt. I don’t get the impression that they’re lacking in intelligence, at least not that much, but the things they seem to think are of the utmost importance and the manner in which they live is enough to warrant an eye-roll or two.

Obviously it was named for the apartment complex that a number of the characters live in, but it still sets an example that is hard to follow for many people since it doesn’t seem all that realistic. If you venture into West Hollywood expecting to see everyone living this lifestyle you might be sorely disappointed. But at the very least you might be able to enjoy the show.

It’s campy, it’s funny, and it’s about as opposite of the Beverly Hills lifestyle as you can get. That’s why a lot of people tend to love this show because it takes the snobbish feel of the area and turns it on its head with the hillbilly ways of the Clampetts. Watching the two lifestyles clash is great entertainment and provides hours of enjoyment as the rich and famous are kind of forced to contend with the backwards bumpkins that now live in their midst.

2. The Real Housewives of Beverly Hills

I’m really trying to see the ‘housewife’ part of this show. It looks like they’re all jetsetters, are constantly on vacation, always drinking or popping pills, and then complaining about how ‘hard’ their lives are. Maybe this is why the middle class and lower enjoy watching these shows, they get to laugh at people that have so much complaining about how tremendously stressed they are.

This was one of the most-watched shows when it came out and stayed that way for a while. Teenage girls could not get enough of the show and would tune in just to catch an eyeful of the male stars, while guys might have watched to see the young women. The remake of this show didn’t do all that well however, and personally, though I didn’t watch the show, I kind of think that trying to replicate it was a mistake. After all, the original show was something that comes only once in a lifetime.

Beverly Hills, that’s where I want to be.