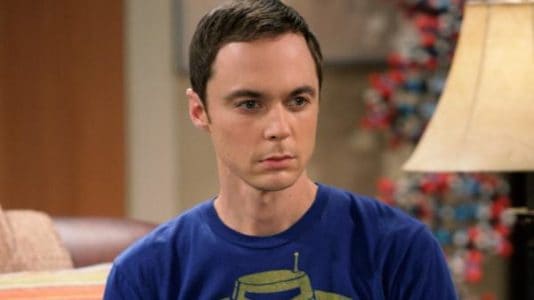 In so many TV shows there have been characters that some people just can’t stand for one reason or another, and it’s usually something personal since while some people can’t stand them, others can relate to these characters in a way and can’t help but like them. Over time though, as people continue to watch the show, many will come to the realization that the character isn’t quite that bad and might actually be kind of enjoyable. For some folks, it’s the need to separate the actor from the character, as once this is done they can find more enjoyment in the character than before and tend to change their mind in a big way. There are those characters that are nothing shy of absolutely annoying though and tend to remain the same throughout the history of the show, but somehow it’s possible to get used to them after a while, no matter how bad they are. There have been plenty of examples through the years, and very few shows have ever had a cast of characters were universally loved. But with some shows, there are characters that people would definitely love to kick to the curb initially but are glad to see near the end of each show.

Here are a few TV characters that people hated initially but came to enjoy later.

Some folks might have actually sympathized with Jesse since he wasn’t exactly a villain to start with and he never became a full villain throughout the show. But he was definitely an irritating character at first since he was a punk to start with and someone that thought he was a lot more important than he was at times. At other times he was simply too weak-minded to really be of much use to anyone, including himself. But over time he did start to grow on people and he did manage to straighten himself up, but even if it looked as though he was going to get his life back together, tragedy was just around the corner.

4. Regina Mills – Once Upon a Time

Being set up as the big bad to start with didn’t help Regina’s case and since she was the woman keeping Henry from his biological mother and she was also a woman with a very nasty temper. But as the story progressed it became obvious that while she was something of a bad person to start out with and was an evil queen in the fantasy world, she was a little more complex than that. Viewers did get to see that she had a few redeeming qualities and that she hadn’t always been bad, but she’d definitely been groomed to be that way. She still had that inner fire through much of the show, but eventually, it was tempered.

Klaus felt like a waste of space for a while and it was more than evident since his next score was more important than anything. But one reason why people tended to give him a bit of a break is that communing with the dead would be a bit unnerving for a young kid, and could remain that way for an adult. Since drugs drowned out this ability it’s easy to think that a lot of people would choose to stay high as long as they could in order to keep from being freaked out so often. But over time it did happen that Klaus started to factor into the show as a more effective character that people started to enjoy.

There were some people that started out liking Dr. Cox simply because of his attitude toward the interns and others, but some folks didn’t care for him as much since he was a bit caustic and did manage to rub some folks the wrong way. But over the course of the show, he did start to display signs of being a deeper and much more caring individual, even if he didn’t always show it at the hospital since he was all business, well, most of the time, and was fully ready to let everyone know when they were screwing up and how he was going to fix it. Dr. Cox was kind of a miserable guy, but he had a pretty good heart.

Sheldon was almost impossible for a lot of people to get to like since he was the uppity, know it all type that couldn’t let it go without being said that he was the most intelligent person in the room. With that in mind, it was very easy to hate this character since he came to represent those that are super-intelligent but have absolutely no social skills to speak of. That last part though is what made it easy to understand him since he’s a very unbalanced character that eventually came around, kind of.

First impressions are hard to push past, but once it happens a person can usually find something to like about a character.