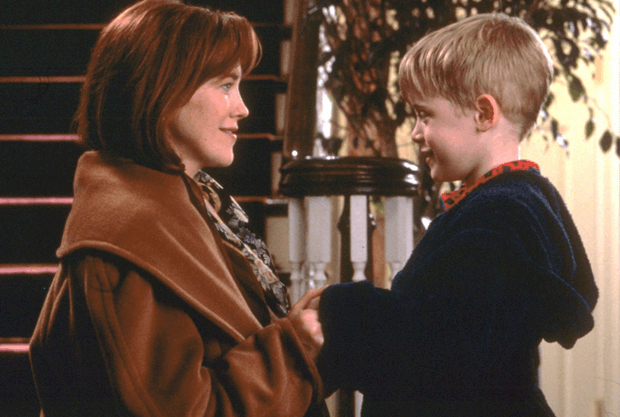 Movies can be harsh in the way they depict parents. They are often portrayed to fit into a neat little category such as clueless and goofy, or detached and deserving of wrath, or so wonderful as to be pedestal worthy but only because they are dead. So here are five of the things movies get completely wrong about parenting.

Unless you visit the Dursley house, Harry is honored wherever he goes, as are his late parents. He might be the “one” but his parents are such legends! Who didn’t just love James and Lily, besides Voldemort? Snape was not James’ fanboy but he hardly counts, right? Once Harry is sprung from bad surrogate land with the Dursley’s who are tropes of the nasty guardian family, spoiled “real” kid and all, Harry arrives in the magical world where his name gets him good dinners, motherly hugs, and fatherly advice but he never gets a “Howler” from Mrs. Weasley, who has to deal with a tribe of kids, budget stretching, and a husband who needs to keep his job at the Ministry. James and Lily just keep on dancin’ and just butt in from the other world when Harry is really in trouble. Yeah, the Harry Potter films are based on the books but orphans are the bread and butter of any good story. Plus, James and Lily left Harry loaded, wheee!

In “Home Alone” how did they not notice Kevin was missing? Where was his plane seat supposed to be? How about that crazy madhouse of a family? If they were that rich they could afford an au pair to help with the kids. What is going on here? Thank goodness this is a comedy because in the real universe if you leave your kid “Home Alone” and he deals with a break in on his own using dangerous devices, you will have the Department of Children and Family Services at your door, instead of a happy ending.

The worst sin on film is the mother who can’t bond with the new baby, due to postpartum depression. In “Joshua” we really feel for the mom played adeptly by Vera Farmiga. Sam Rockwell as dad has his own stuff to deal with like work so he a self-centered husband who breezes off to the office leaving his wife in hell so he will pay too. I won’t give away the ending but man, postpartum depression has never looked so real (good points) but in this movie, the whole family will pay, particularly mom for not being mom enough.

Clever Mom/Clueless Dad (“We Need to Talk About Kevin”)

Eva knows she is raising the spawn of Satan but Franklin thinks his kid is just adorable. Clueless dad is a trope in many movies, but in this one it’s unreal. Based on a great book by Lionel Shriver Franklin is really dumbed down in the movie, played with big, clunky naivete by John C Reilly. Eva (Tilda Swinton) is trapped and commits the unspeakable crime of not liking her son, particularly understandable as he tortures her on a daily basis. He finally….well just watch “We Need to Talk About Kevin” the movie and read the book too and you’ll find out. Mom also makes the grievous error of being in the movie as in the book interesting looking but not super gorgeous. She has short cropped dark hair and sharp features. No wonder dad is not paying attention.

Parents Must Worship Their Adult Kid (“Christmas With the Kranks”)

Does anyone really care that Blair must have that canned honey ham? Sheesh, she wasn’t gonna come home for the holidays but now she is so the parents better snap to it and not tell her the “truth”. The whole neighborhood must get involved at any cost to their celebrations as Blair is so good and wonderful. It becomes gag worthy when everyone makes speeches about how Blair babysat kids and did all sorts of remarkable things that every kid does as a teenager. Dad can end up dead or in the ER putting that dang Frosty on the roof but parents must please their grown up child–no exotic vacations at Christmas for them if the kid switches plans last minute. In real life, the parents might change the travel plans but say “Well hon, we didn’t think you were coming, so let’s go out for our holiday dinner instead of having the big party, okay?”