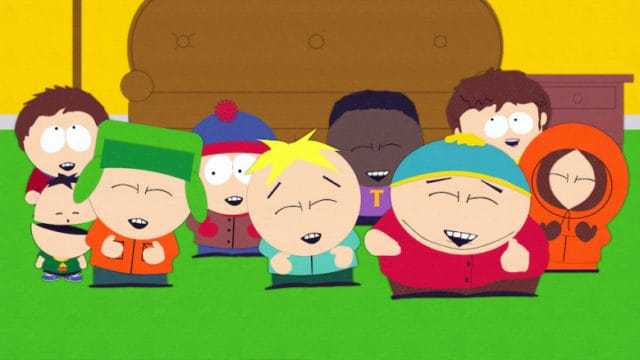 21 years of political satire has never made South Park slow down in any way; matter of fact, it’s what’s been propelling them for so many years despite of the constant backlash and lawsuits they’ve had to deal with over the years. This season’s premiere promised us more of the same even though you could tell there was a little bit of hesitation there. Creators Trey Parker and Matt Stone claimed before the premiere that they were going to try to steer clear from political satire, but clearly, that wasn’t the case. Future episodes will tell us more, but for now, here are five things we learned from the most recent premiere.

1. This premiere was the highest rated first episode the show has had in over a decade.

You can probably blame that on all the recent events that have been going on with the government since the election. Fans were probably expecting a lot of material to be about the newly elected members of our government, but the creators already stated that they’re trying to stay away from that.

2. This means that there really might not be any Trump jokes this season at all.

We’ve seen Mr. Garrison in previous episodes, but he was completely missing in the premiere. Could it be a sign of what’s to come? Maybe. We’re not sure how long the creators can stay away from it being that many things that are happening in the country lately have ties to the President.

3. We learned that white supremacists are not enough to carry out an entire story arc.

We get what they were trying to do with the rally in the first episode; it just didn’t quite deliver for us. While the protesters may be trying to figure out what it “means to be white in today’s society,” surely it meant more than just waving the Confederate flag. There might be more there in terms of comedy than just low-ball misrepresentations that weren’t really that funny.

Many of the things the show have been making fun of in previous seasons has become true or at least maintained some semblance of our reality today. Maybe that’s the issue. Maybe they’re not funny anymore because they’re actually happening. That’s certainly what the creators of the show believe. Even they admitted that so many comical things were happening in the political atmosphere that they couldn’t keep up at all.

That means fewer political stabs and more slapstick third grade comedy. Either way the show decides to go, we know that they’ll find a nice little niche to sit in without having to try so hard to find balance between satire and offense. Political might be the way to go or not, but the creators have to decide soon and stick to their guns. Otherwise, the show will suffer in mediocrity.