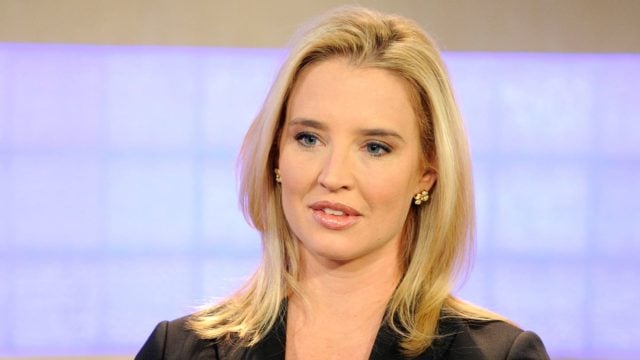 Laurie Dhue is just one of many women that is currently in the news due to the issue she and many others have had with Bill O’Reilly. While her case was settled the issue now is that O’Reilly has seen fit to try and rile her a bit by trying to discredit her. Laurie is currently embroiled in a lawsuit against O’Reilly for defamation after she already one a settlement worth more than one million dollars after it was discovered that O’Reilly had been guilty of sexual harassment towards her and other women.

Diehard fans of O’Reilly might not like her, but the fact remains that he’s been named by more than one woman for sexual misconduct.

5. She has worked for CNN in the past.

This preceded her time at MSNBC as she worked on weekend programs from 1990-1999. It was a good start for someone that had the kind of ambition she’s shown and she didn’t stop there. Her goals of reaching her current position have kept her going throughout the years and she’s been seen on a variety of shows as a guest and even a guest host.

4. She is a well-known public speaker.

She’ll speak at everything from concerts to special events and has shown a great amount of skill at it throughout the years. Speaking to a live audience is sometimes far more difficult than talking into a camera but Laurie seems completely at ease most times. Her poise when speaking is just about perfect and people tend to listen when she’s talking, which denotes the fact that she is a great speaker.

3. She was a Fox news anchor for eight years.

She reported for the Geraldo At Large show and was the host of Fox Report Weekend. Her job likely wasn’t always seen as being just as vital as the other news but she treated it like it was and as a result she’s become the very strong and independent journalist that she is today. Whatever value people give women in the news she’s done her absolute best to make sure that people are given a good representation of what a strong woman should look like in a newsroom.

2. She used to appear weekly on the O’Reilly Factor.

Someone’s got to say it so I guess I will. Now that everyone knows just what went on between her and O’Reilly, the harassment in other words, it makes it seem as though this must have been something hard for her to do if O’Reilly was acting in this manner. It’s not an indication that each week he was making her feel uncomfortable but one can only hope that she didn’t have to go back that often after being made to feel so ill at ease around him.

1. She’s currently writing a book on her experiences with Fox News.

There’s nothing stopping her from printing a book that’s a tell-all of her experiences at Fox News. Aside from the O’Reilly part you would think that much of it would be a learning experience and not all that bad.

It’s kind of disturbing when guys like O’Reilly, who claim to be so upright, can’t just own up to the things they’ve done.

Meet The Cast Of “Platonic”

Fans are Still Bothered by the Fat-Suit