In such a tender time when people are still hurting from the school shootings that occurred not long ago you would think that Jesse Hughes would cut down on the rhetoric a little bit. But the front for the rock band Eagles of Death Metal isn’t bothering to keep quiet and play nice. He’s letting people know just how he feels and what he thinks about the protests and the current events that have taken place. While it might not be the most popular thing to do right now it’s certainly getting peoples’ attention.

5. During the recording of the band’s second album Hughes developed a heavy drug problem.

His buddy and fellow co-founder of their band is credited by Hughes for saving his life. Homme not only managed to get Hughes to a rehabilitation center where he was taken care of, but he paid for it as well. Homme has been friends with Hughes ever since they were kids when he stopped a bully from beating on Hughes. There’s no way to know that much about their friendship but it seems like Homme might take a lot more on his shoulders than is necessary.

4. His band was banned from performing in France after his incendiary statements to the media.

During the attack on the Bataclan Hughes and the rest of the band were able to exit offstage and were not injured, but their merchandise manager was unfortunately killed. After the attack he gave an interview in which he said there were Muslims dancing in the street. He even claimed that the Muslim security force had been in on the attack. Because of this his band had to miss two performances in France as they were banned. They weren’t even allowed to step inside the venue.

3. He’s an ordained minister with the Universal Life Church.

This is a non-denominational church that preaches the ability of every individual to do what they feel is right in a peaceful manner. It doesn’t seem like a bad religion but unless one really follows the doctrine and learns more about it then it might seem that ‘what is right’ could give a huge interpretation to many people and be misconstrued without too much difficulty.

J. Devil, Boots Electric, and even Fabulous Weapon are names that he’s gone by, but his friend nicknamed him the Devil simply because of the way in which he got his payback on those that picked on him. He wasn’t the biggest kid and didn’t have a lot of girth to him, but he managed to get his payback in very devious ways that earned him the nickname apparently.

1. Despite his popularity he hasn’t made a lot of friends with his latest statements on gun control.

He absolutely blasted those teenagers that have been marching in protest over gun control, which has earned him a great deal of animosity from those that believe in the cause. While he might have a point in his rants the lack of finesse that he’s used is something he might need to work on in the future.

Speaking your mind isn’t bad or disallowed, but there is such a thing as being mindful of how you present your beliefs. 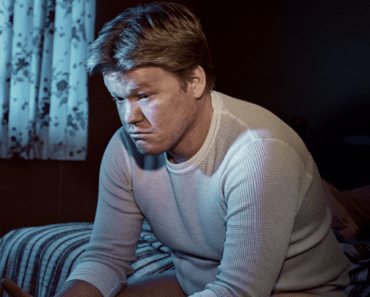