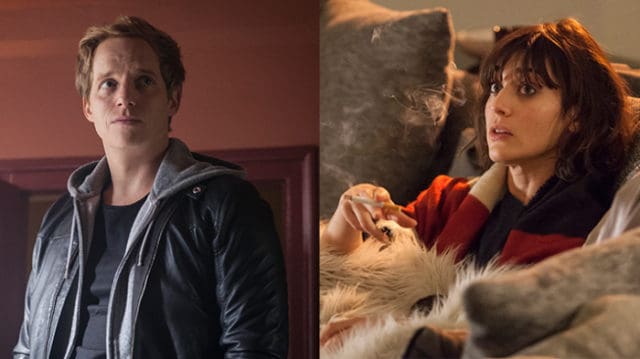 A brand new show that premieres on Showtime on 11/13 (acquired from BBC), “Ill Behaviour” is a story about Charlie. He is a stable man who sadly is diagnosed with Hodgkin’s lymphoma. Instead of going under traditional treatment, he opts to try out natural remedies to heal the disease. Charlie’s friends, Tess and Joel do not approve of this move. They, therefore, come up with a sensible plan. It involves renting a mansion and transforming it into an illegal hospital. They abduct Charlie without letting his wife or children know. Inside the “clinic” the duo injects Charlie with chemotherapy drugs even though he does not like it.  Here are five things you might not know about the upcoming series:

The Show is Not All about Cancer

It is worth noting that the series is one of the few shows to earn a cancer storyline. The deadly condition encodes into all the scenes as well as the line of the series making it the driving force of everything that happens onscreen. However, it is not only about cancer and the effect of treatment, but it is also about attempted murder, kidnap, and sexual assault. Creators present this in a manner that is not only funny, but taunting, and relentlessly immoral as well.

The Star of the Show Turns into a Monster

Not the green ones with horns, huge eyes, and ugly faces who eat kids. Joel (Chris Geeree) is the undoubted star of the show. In the beginning, he is a lovable loser. Joel is the one who uncovers the means to fund the crazy scheme. With time, he becomes the worst type of monster. While watching Ill Behaviour, you will notice that Joel is a pro when it comes to broken nostalgia. The second half of the show reveals his appalling behavior as he smashes through the highest levels of despicability. All this is because he cannot accept the fact that life moves on.

The intractability of how things end up in the show makes it very delightful. Sam Bain who is the co-creator and also responsible for writing the series seems like he gets a awkward kick out of getting into more in-depth tight situations. However, while he digs the holes, he somehow uncovers extraordinary escape routes. It is an excellent trait though because it results in a rip-roaring, and tight three hours of television. It is one of a kind in that even the people who want to avoid cancer will find it satisfying.

The Creator revealed that The Concept was not Easy To Sell

The series that Showtime acquired from BBC was not an easy sell according to Sam Bain. It was perhaps because he dared venture into a field that would most likely cause controversy trying to bring out the humour in the life-threatening disease. He, however, told Digital Spy that it was more about friendships than cancer. Sam tried presenting it to a few people who were not buying it until BBC came to his rescue. He also said that at first he had written it as a film with Damon Beesley and Lain Morris of Inbetweeners fame, but it was challenging to get made.

Co-Creator was Present during all the Shoots

After abandoning the idea of a film and opting to go with TV series for Ill Behaviour, Bain, make sure that he was present for all the shoots. He was there to keep an eye on the tone of the series. He acknowledges that there were numerous opportunities for the show to go wrong as Sam was trying to blend disease, tragedy, and death with knockabout one-liners and farce.