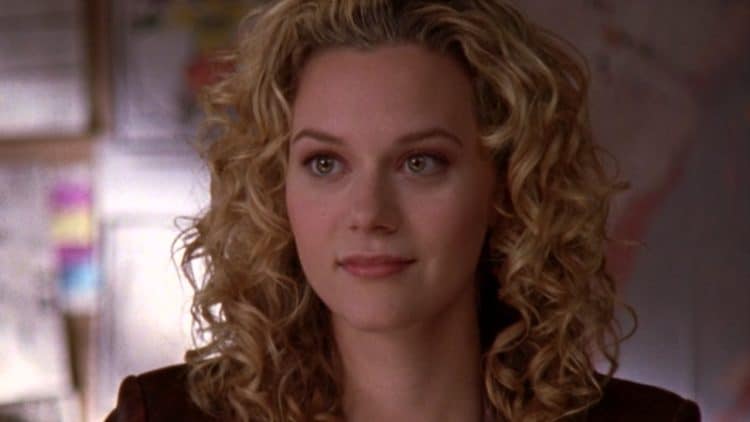 Hilarie Burton has had a passion for acting since a very young age. She has worked as a member of the MTV crew and has been a regular in One Tree Hill. She’s also been in a fair amount of movies throughout her career and has been for the most part a very low-key actress that has taken her roles seriously and yet has still managed to make good friends and keep herself from burning out. While she’s not the most well-known actress she’s definitely taken the time and effort to be one of the most comfortable in the business and has shown that she has the staying power to stick around for a while.

5. She wasn’t allowed to watch MTV growing up.

This is kind of amusing really since a lot of people didn’t allow their kids to watch MTV. Some parents thought it was a bad influence while others thought it was the ruination of America. Most people didn’t seem to understand that in the beginning it was all about the music. What’s truly amusing however is that at one point Hilarie actually became an MTV VJ.

She named her cat after the famed writer Edgar Allen Poe which is a little odd but not too much I suppose. Some people like to name their pets after famous personalities as a personality quirk or just because they happen to find it amusing. What would be really funny though would be if she could train Poe to yowl or hiss every time she read The Raven.

3. She’s in a relationship with Jeffrey Dean Morgan.

Jeffrey Dean Morgan is one of the hottest actors in Hollywood right now and Hilarie has been with him since 2009. The two have a son together and have not yet tied the knot but are planning to do so when Morgan can get enough time off of work. After all he’s been a busy man on The Walking Dead.

2. She’s very protective of her siblings.

Being the oldest of four siblings Hilarie is very protective of her family. She describes them as being a tightly-knit bunch that look out for one another and don’t allow anyone else to pick on them or hurt them in any way. It’s the kind of relationship where a sibling can roughhouse or tease and taunt another sibling, but if anyone else does it then the whole bunch will stand for them. That’s a tight family.

1. She likes to collect antiques.

I wonder if Jeffrey is as into this one as she is. Anyone that’s ever collected antiques knows that they can get awfully expensive in a big hurry. The good thing about this however is that most serious antique collectors are rather picky about the pieces they select and won’t take just anything into their home. It has to be something that they think will go with everything they have or it will get left on the shelf.

Whenever it happens I’m sure all of her fans would like to know when she and Jeffrey are about to make that commitment.