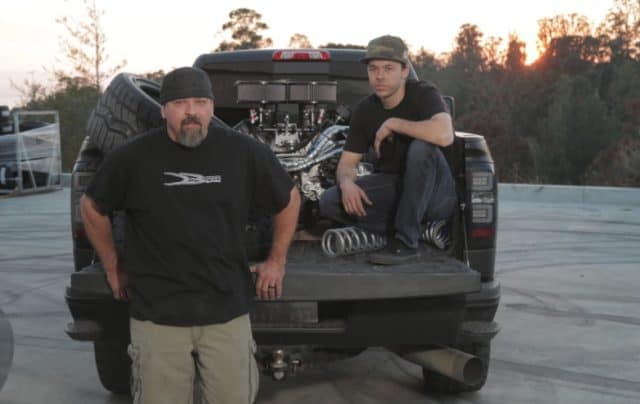 Discovery is banking on the success many of its automobile-related shows and is releasing another one. This time, they’ve taken it to the next level and acquired some of the industry’s finest. Twin Turbo is a new show featuring father and son duo Dough and Brad DeBerti, and while their names may not be familiar to the average layman, they’re quite the attraction in the racing world. Here are five things you probably didn’t know about the new show, Twin Turbo.

Doug DeBerti has created an award-winning business over the years, but perhaps one of his biggest accomplishments is in Trenz. Trenz is the largest aftermarket aluminum manufacturer in the entire nation. Doug DeBerti just happens to be the founder and current president of the company. He’s worked closely with several automobile giants including Ford, GM, and Dodge on various truck prototypes, designs, and projects.

Starting from early on, everyone around them knew that Brad DeBerti had the natural makings of a racecar driver. He’s considered to be a true prodigy in the sport. Besides his interest in all things cars and trucks, conceptualizing designs and building them, Brad’s true passion is behind the wheel. Brad’s debut on the track was in 2014, and his team took the competition by a storm. By 2015, Brad has won the Pro-Light Rookie of the Year award and continued to do so within the next couple of years.

The family has been in the business for a while now, at least for 25 years. Brad literally grew up in the auto shop, learning all the tools of the trade and really immersing in the amazing car culture in California. The family even jokes that Brad and his brother were considered as cheap, young labor back then, but all the hard work and dedication paid off for the entire family. Their business continues to expand to this day.

There’s nothing that can put an abrupt stop to a career like an accident. Sometimes it doesn’t even matter what kind of accident it is; the psychological toll alone can be enough to make anyone quit. In 2016, Brad had an accident that gave him serious injuries and held him in the hospital for a while. Brad sustained a sprained neck, compressed vertebrae, bruised tailbone, and black vision at least initially. He claims that his truck rolled seven times after getting hit at 70mph. It’s taken him 2 years to get back to 100 percent and get back into mainstream racing, ready to pursue his passion for NASCAR again.

The famous racecar driver lovingly nicknamed “Sliced Bread” will be seen on the show regularly. Logano has committed to become Brad’s mentor, guiding Brad towards a successful NASCAR career. The interaction between the two young racers will be interesting to see onscreen. Logano will still maintain his driving career, while the DeBertis still work at the shop to fund Brad’s dream of becoming one of the greats on the asphalt.