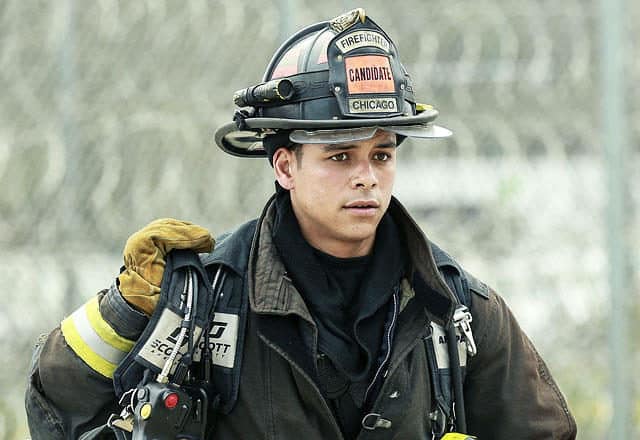 Charlie Barnett is a graduate of the Juilliard School’s drama program who has since become best-known for his role as Peter Mills on Chicago Fire on NBC. However, it should be mentioned that his best-known role is far from being his sole role. Something that should come as no surprise considering his hometown’s fascination with theater.

Here are five things that you may or may not have known about Charlie Barnett:

Barnett was born in Sarasota, FL. For those who are unfamiliar with the city, it encompasses Sarasota Bay as well as some of its barrier islands, all of which can be found towards the southern end of the Tampa Bay Area. As a result, Sarasota boasts some of the best beaches not just in the state of Florida but also in the whole of the United States, which in turn, means that it has plenty of cultural, environmental, and other amenities meant to provide interested individuals with an even wider range of entertainments.

Grew Up in a Sailboat

Barnett’s father is a boat-builder from the state of Minnesota before ending up in the state of Florida. As a result, Barnett was raised in a sailboat until he was seven, which seems to have installed in him a lasting fondness for that particular mode of transportation. After all, he has stated that his interests include sailing as well as classic cars.

Appeared in More than One Dick Wolf Franchise

Now, Barnett is best-known for his role as Peter Mills in the Chicago franchise. However, it is interesting to note that he has made a couple of one-episode appearances in the creator Dick Wolf’s Law & Order franchise as well. First, he played Chuck Mills in “Gray” on Law & Order: Special Victim Unit in 2010. Second, he played Dr. Sam Harris in “Cadaver” on Law & Order: Criminal Intent in 2011.

Had Less than Two Weeks to Prepare for His Role

In total, Barnett had less than two weeks to prepare for his role as Peter Mills on Chicago Fire, though he was helped somewhat by the fact that his character started out as a relative rookie. Regardless, he prepared for his role by living like a fire-fighter for that period of time, which meant going along with real fire-fighters as well as learning about all of the things that fire-fighters have to do for their job. As a result, Barnett learned things such as the difference between fire-fighters and rescue teams, which in turn, enabled him to pass that information onto his viewers through his acting.

Since Chicago Fire is filmed in Chicago, it should come as no surprise to learn that Barnett has adopted Chicago as his new home, which was a process helped along by the fact that he had friends from Florida to assist with the transition. He has become a fan of a lot of Chicago’s amenities and attractions, with both the Chicago Bears and the Chicago White Sox being excellent examples. With that said, it is interesting to note that Barnett was actually a fan of the White Sox before he moved to Chicago because they used to train in Sarasota, meaning that there was already a natural connection.