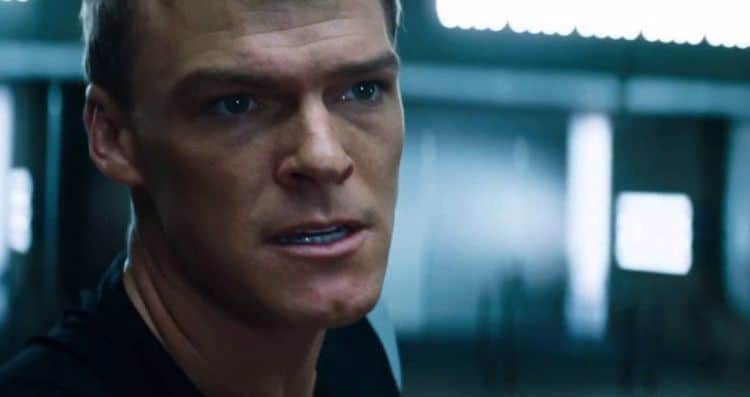 Alan Ritchson is an American actor who has appeared in a wide range of both movies and TV shows in various capacities. For example, he was Gloss in The Hunger Games: Catching Fire as well as the voice actor for Raphael in the 2014 Teenage Mutant Ninja Turtles movie. Other roles include but are not limited to Lazer Team, Blood Drive, and I Can Do That.

Here are five things that you may or may not have known about Alan Ritchson:

Had to Relocate a Lot as a Child

Ritchson’s mother is a high school teacher while his father is a retired chief master sergeant in the US Air Force. As a result, his family had to move on a semi-regular basis, which is not an uncommon experience for military families. However, it is interesting to note that Ritchson has stated that the experience taught him to entertain for the purpose of making new friends in new environments.

The first time that Ritchson came to national attention was when he appeared on Season 3 of American Idol in 2004. Unfortunately, he managed to become one of the top 87 contestants but no further before being cut from the competition, meaning that he never had much time to make much of an impression on the viewers. As a result, Ritchson’s appearance on American Idol tends to be most remembered for his strip tease during the auditions, which was performed for the purpose of impressing Paula Abdul.

For a time, Ritchson became a model. As a result, he modeled for a number of companies such as Abercrombie and Fitch, which led to him signing on with a Los Angeles-based agency called Vision Model Management. With that said, Ritchson’s career as a model did not take up that much of his time and attention, seeing as how his final appearance came in 2009 when he did one last job for Abercrombie and Fitch.

Ritchson has played a wide range of roles over the course of his career. One example was his recurring role on Smallville, which was a TV show on The CW that was supposed to be about Superman before he became Superman. Regardless, Ritchson played Arthur Curry, who might be better-known to comic fans as Aquaman. As a result, he became the first person to play the character in a licensed, live-action series, though far from the only, as shown by the fact that the character will be in the Justice League movie that will be released later in 2017.

Had a Part in Beowulf

Another interesting role of Ritchson’s was his part in depicting the title character in Beowulf, a 3D motion capture movie based on the Anglo-Saxon epic poem of the same name. Ritchson did not serve as the voice actor for the movie. Instead, that role went to Ray Winstone, who was unlike most of the other voice actors in that their characters bore little physical resemblance to them. This was because Beowulf’s face, build, and even much of his movements were actually based on those of Ritchson, which was a deliberate decision on the part of the director Robert Zemeckis.