Home
Television
Five Reasons Why “My Haunted House” is a Fake 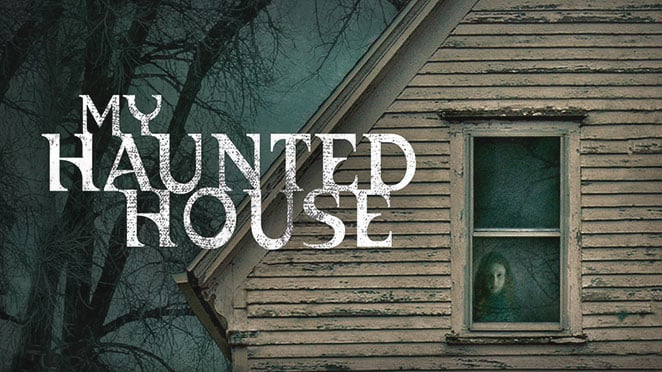 My Haunted House is a reality TV show focused on people who are living in houses that they believe might be haunted. It is one of the numerous shows about the paranormal that are being broadcast, though interested individuals should be more than a little bit skeptical about the truth of what it presents to the viewers. Here are five reasons that people should be skeptical of My Haunted House:

1. The Point Is Sensationalism

Fundamentally, the point of reality TV shows isn’t to present the truth. Instead, it is to produce something that interested individuals will want to watch, meaning that truth isn’t particularly important unless a reality TV show is seeking to use the sheen of authenticity to bring in potential viewers. As a result, the people behind paranormal shows such as My Haunted House have a very strong incentive to make it seem as though there is something interesting whether that happens to be the case or not.

Speaking of which, reality TV producers aren’t above re-shooting scenes so that they can get footage that they feel will make for better TV. Theoretically, a person could make the argument that it is possible to re-shoot scenes so that they make for outstanding footage while still retaining the elements that matter, thus making the resulting product true in the ways that matter the most. However, a re-shot scene is still a re-shot scene, meaning that much of the time, reality TV shows aren’t even showing what was supposed to have happened.

On a related note, reality TV producers aren’t above inserting material for the purpose of making their reality TV shows seem more interesting. For example, they might add elements to make the people on their shows seem odder and more interesting in various ways. Likewise, they might make an attempt to stir up conflict among the participants, thus making for a more dramatic course of events than otherwise possible. These strategies and more have been reported for paranormal shows such as American Haunting. As a result, while there is no guarantee that similar things are happening behind the scenes for My Haunted House, it would not be particularly surprising if they were because such is the nature of reality TV.

Even when reality TV shows present footage of something that actually happened in real life rather than something that was staged in real life, there is no guarantee that it is a faithful depiction of the reality of things. This is because editing can work wonders, so much so that it is perfectly capable of turning one thing into something else entirely. Naturally, the people behind reality TV shows want to make them as appealing as possible to the potential viewers who they are targeting, which is why their edited footage has been known to surprise more than a few of the people who show up in it.

5. Investigations Are Expensive and Time-Consuming

Finally, the simple fact of the matter that proper investigations are both expensive and time-consuming. There are a wide range of occurrences that can cause someone to believe that their home is haunted, which in turn, means that there is an even wider range of causes for those occurrences. For example, spooky noises can be caused by everything from poor maintenance to a rodent infestation that has had far, far too much time to spread. Never mind the fact that something as seemingly innocuous as a pipe vibrating at a particular frequency has the potential to induce mild hallucinations in some of the people who hear it because the human brain is both weird and wonderful. A team with the right expertise, experience, and equipment can certainly run tests for each of these things, but suffice to say that kind of expertise, experience, and equipment don’t come cheap. As a result, the best that participants on paranormal shows can hope for is a team of true believers with some enthusiasm still left in them rather than a team of cynics who are out for money and nothing more.