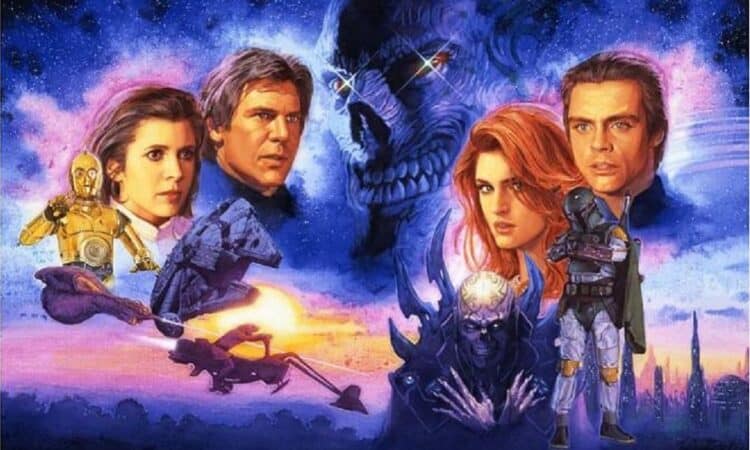 There are fans of Star Wars that would love to see Disney come to its senses and admit that the Legends canon would be a lot more entertaining than what they’ve rolled out at this time, even if things needed to be rebooted. Even the need to recast Luke, Leia, and Han would be simple enough since there are actors that can be utilized and are no doubt ready and willing to get started. Unfortunately, it doesn’t feel as though it will happen since as divided as the fanbase has become over the years, it’s easy to assume that taking on such a massive project would only divide people even further. But a fun idea is that if all that was rebooted was the most recent trilogy, it might be possible to get more shows out of it, keep several characters, and save the franchise from the continuous criticism by retconning what’s already been presented so that it fits into the Legends canon without fail. Of course, that last part about criticizing wouldn’t be likely to end. This is Star Wars, after all, it’s almost impossible to please the fans entirely.  Here are five reasons why Disney should reboot the Star Wars franchise using the Legends canon.

Think about it, there’s a New Jedi Order, one of the Jedi has blown up a sun and thereby doomed a solar system, and there’s even been another Galactic Civil War following the original trilogy. Plus, if the books in the Legends series were followed, there would be a ton of streaming content that could be adapted from one story after another, thereby making Star Wars, hopefully, one of the top streaming ideas that would spawn multiple shows. Heck, at one point there might be a possibility of making a streaming channel based entirely on Star Wars if the idea was taken in the right direction.

4. I’ll keep saying it, the Yuuzhan Vong War could be epic.

So many people want to downplay this war in the Legends canon without taking a look at how it could really force the franchise into a new direction. Not only could it spawn another few movies, but it would change the face of Star Wars moving forward as it would expand into a whole new region and even unite former enemies in a way that wouldn’t be as possible otherwise. The Vong are by far one of the deadliest races to ever be devised since they present a challenge that isn’t undefeatable, but is insanely tough to meet since their abilities give even the Jedi pause. Just imagine what would happen if dark side Force-users were introduced as well. Sith and Jedi, working together? Or would the Sith adapt quicker than the Jedi?

There have been elements of this happening in the stories that have come to the big screen and small screen since Disney took over, but they ditched the idea without really getting into it since Kylo Ren put the kibosh on his uncle’s school when he felt betrayed. In the books, the students of Luke Skywalker did more than ramble around the temple on Yavin 4, they actually fought against a deadly Sith ghost, they fought the Imperial Remnant and won, in a way, and they were able to create a new order that was able to combat more than just the Imperials that were still around.

I’d love anyone, someone who knows a little about Mara anyway, to even try and deny that she wouldn’t be a great addition to the Star Wars universe, especially since she was an Emperor’s Hand at one point and was an assassin that was bent on killing Luke Skywalker. She could even help to bring the Heir to the Force story to streaming or the big screen as it should have already been revealed. On top of that, her relationship with Luke, and their eventual union, which would produce a son, would be a way to keep the ball rolling and introduce the future of the franchise.

1. There’s a definitive path into the future of Star Wars.

It’s not just the reboot and retcon of the most recent movies, it would be the idea that after all the wars and conflicts that have come along, the face of the Star Wars universe would change in a massive way since the return of the Sith order, not just master and apprentice, would keep things rolling forward in a way that would be awesome to watch. Plus, thinking about how much further things could go while keeping the elements that make the franchise great becomes endless if one stops killing off any chance of moving forward in a manner that can continue to highlight certain elements, meaning Jedi, Sith, Mandalorians, smugglers, oh hell, ALL OF IT, in a way that expands instead of contracting one idea after another.  It’s a nice fantasy, but until Disney realizes that the Legends canon is worth the effort, it probably won’t happen.