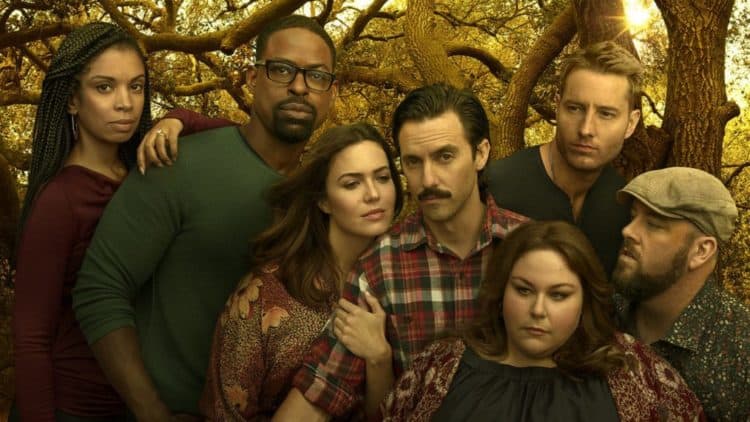 Let’s make things clear right now as we’re talking about a show that is loved by millions and is no doubt something that people would gladly debate over. This Is Us is a show that has a lot of power within its overall theme and the ability to keep people interested and coming back for more since it does feature some pretty strong elements that many tend to enjoy. But the simple matter of a show being loved doesn’t exactly mean that it’s ‘good’. I can already feel a lot of people rolling their eyes and claiming that I have an agenda against the show, but that’s not the case at all. Instead I have to admire it’s ability to hit a third season in stride, especially when at this point people should be able to see past the tragic but compelling story and notice that things are starting to seem just a bit stale. You can love the show all you want, but there is something that’s starting to become evident as the edges begin to fray just a bit.

Here’s a few reasons why the show might have begun to falter in its forward progress.

5. The emotional manipulation can only go so far.

So far during this show people have had their heartstrings strummed and mercilessly twanged with triumph and defeat as they’ve witnessed the lives of the Pearson family unfolding in front of their eyes. But no matter what has been shown and how hard it’s been to get through it a show can only push the envelope so much before people simply have to decide whether to stop watching or steel themselves against the continual barrage of emotions that are invoked by the program. The fact that the show has to play so heavily on one’s emotions isn’t a negative, but it does seem to indicate that taking it easy now and again doesn’t seem a trustworthy method the writers are willing to consider.

4. The overall theme has been done before.

If you want to call this show unique then go right ahead, you’re not completely wrong. But shows like this have existed since TV truly became a part of American life. Drama is nothing new to the American audience and despite being done and redone so many times it’s something that people are expecting from the moment the trailer hits. People will watch a show if they figure that it’s going to be worth their time, but one thing that’s true of any program is that it needs to be versatile and able to evolve over its run. So far it’s changed a bit, but otherwise the show has failed to recognize that it’s following a very recognizable pattern.

3. It doesn’t really allow the more complex themes to stretch out.

This is unfortunately not the fault of the show or anyone in it since the time frame given for each episode is only so long and has to encompass so much within that allotted space. This means that the complexities and in-depth character development that needs to happen has to go quickly and be told in a quick and succinct manner or not at all. The unfortunate part is that it would seem to the audience that they’re being given snippets of the story when they want the full meat and potatoes version that will leave them feeling satisfied at the end. Focusing on one thematic element per episode would have made this show run well past a third season and possibly have killed it off by now.

2. There are simply too many speeches being allowed per episode.

Speeches aren’t horrible, they’re a good way to get a main point across, but they’re not entirely realistic in nature either. When was the last time anyone in your family simply stopped and gave a speech on how they felt? It’d be amusing to hear people say that their family gave long-winded speeches all the time since it might mean that they were more than a little open with each other and had a flair for the dramatic. But this isn’t typically done in real life. If you’re going to give a speech in the real world it typically means that you’ve got something that needs to be said and you’re in front of a group of like-minded people that need to hear it. Otherwise most people won’t find the time to give a long and passionate speech.

1. Overall, once the initial feeling of the show is experienced it leaves people wanting more.

When the show first came out it was absolutely great, there was nothing to complain about and hardly anything to criticize. But this is the fate of a lot of shows unfortunately. They come out of the gate running hard and fast but somehow tend to trip up or get distracted and meander onto a different path from where they started. This Is Us is doing that at this point and whether they’ll get back on track and really start to wow the audience again is hard to say.

It’s a worthwhile show, but it feels as though it’s fraying a bit at the edges.