Home
Entertainment
Five Reasons We Have Sympathy for Kylie Jenner 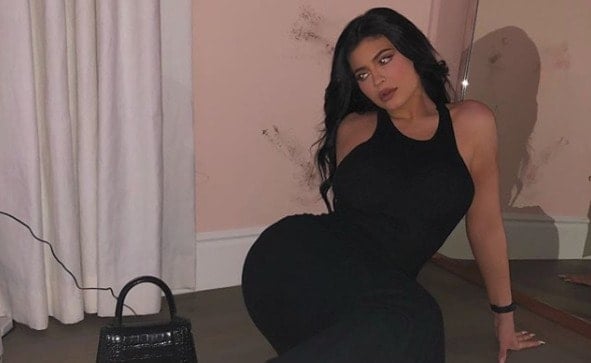 Kylie Jenner is now the star of her own reality show. The 19 year old appears to have the world on a string. She has beauty, wealth, a lucrative business, fame and so much more coming that it’s hard to feel sorry for her. Still, there are times when we can’t help but feel a little empathy for the young girl who has had a bumpy life, despite the material things that surround her. Here are five reasons that we do feel sympathy for her on occasion.

Even rich girls feel bad sometimes. She shared that she is a champion for people who are labeled as outcasts in high school, because she, herself feels like a member of the group. It isn’t an occasional feeling that grips her, it is pretty much all of the time. This is a terrible way to feel and it does evoke feelings of empathy for anyone who is in the situation. You can be surrounded by people and still feel lonely and like you don’t fit in. She has problems relating to people in general and this makes her world and her circle seem very small.

2. She doesn’t have fond memories of high school, like her friends

Kylie Jenner was home schooled so she missed out on a lot of the fun and activities that other kids will remember forever. Her friends were showing her pictures from their Prom. She has never gone to Prom because she wasn’t enrolled in a traditional school. She unfollowed her friends on social media because she knew that she was missing out and didn’t want to be reminded of the fact. This made her feel even more left out.

3. She is the youngest member of the Kardashian clan

While her sisters were participating in other celebrity activities, she was too young to be involved. Again, Kylie missed out on the glitz and glamour that the others were caught up in. It is finally her turn and she’s stepping out into the limelight with “Life of Kylie.” It has to be tough following your famous sisters and stepbrother, let along mom and dad. She was on television at the age of nine, but this wasn’t really a positive. She didn’t have a choice in the matter and Kylie really is not anonymous.

4. Her happiness is fleeting

This is truly sad! Kylie shared that she knows she can go out and buy a new car or practically anything she wants. The only drawback is that the happiness that it brings doesn’t last over a couple of seconds. This makes us ask, what is missing in her life and what is it that would bring her lasting happiness? It is true that when you have too much or can have anything that you want, there is far less thrill with acquiring new possessions.

5. She is under constant pressure

Kylie is aware that she has a public image and there is constant pressure for her to live up to it. She feels that it is her responsibility to keep everyone entertained and that she can’t just be herself. She isn’t comfortable just posting a selfie of herself like everyone else does. It has to be perfect, so she has to be careful about the pictures that she posts. She has absolutely no privacy and she is forced to share personal parts of her life on television as a reality star. Kylie shared that she wants therapy, but her mother Kris Jenner, is executive producer for the show and is insisting that the session must take place in front of the camera. These are the types of things that make us feel genuine sympathy for Kylie Jenner.