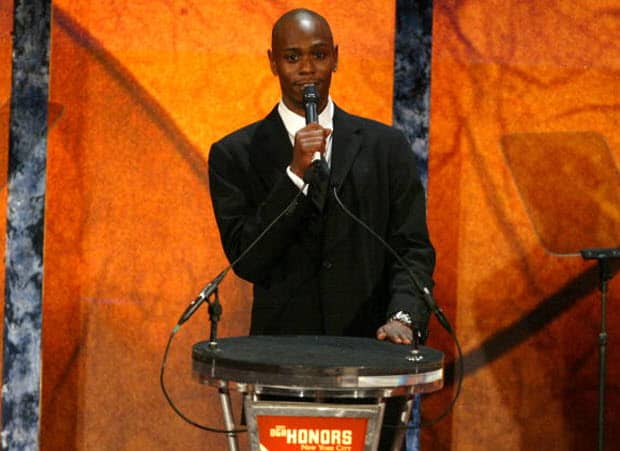 Yeah, so what if its been over seven years since comedian Dave Chappelle’s TV show hasn’t had a new episode air, we’re still getting over the fact that we’re forced to just sit and watch the re-runs on the DVDs we’ve had sitting in our bedroom since our college days. So after having a weekend where we went throwback on ourselves and watched nearly every single episode, we’ve come up with a few solid reasons why we really hope the show somehow makes an unexpected return–though we won’t be caught holding our breath.

Go ahead and complain that this show wasn’t anything more than just sophomoric humor and skits about sex, drugs or musical references, but after seeing all those episodes again this weekend, it actually showed not only how talented Chappelle is as a performer, but also how creative he is in coming up with things that people could actually laugh at because they’d somehow relate to it–in a weird, twisted kind of way.

4. It Put Rick James Back on the Map

While there were plenty of people who knew Rick James from his career from the ’70s and ’80s, most of us mid-twenties-somethings only knew a few of his most popular songs. And while Chappelle didn’t exactly paint the artist in then best of lights, it still made a ton of college kids google the guy and, we’re just guessing here, download his music. Who would have guessed it was all because of some idiotic sketch comedy skit?

3. He Pushed the Limits

Depending on what you’re watching these days, it seems TV shows can get away with a little bit more than they could have during the early part of the 2000s, even letting swear words show up in dialogue. Back when Chappelle’s Show began though, it wasn’t as lenient, with the FCC regulating a ton of what was and wasn’t allowed to be shown. Chappelle didn’t seem to care, as he constantly had skits full of drugs and sex, with recurring characters of both. You may have hated this show, but you have to appreciate him helping break down a few of those ridiculous barriers.

We already loved Dave Chappelle in his role as Thurgood in the comedy Half Baked–so we knew what kind of humor we were getting ourselves into when he got his own show. But as we mentioned earlier with his creativity, Chappelle didn’t hold back anything, deciding that if the show was going to fail–which it didn’t–he might as well go down swinging as himself rather than a watered-down version. It may have been raunchy and a bit inappropriate, but that’s part of what make the guy so uniquely funny, and it showed.

1. It Was a Cult Phenomenon

All of these reasons are sufficient enough in why we missed this show, but the fact that we’re still watching and writing about it now is proof that it had a serious effect on us–along with millions of other people close to our age. Whether you watched it or not, referencing the multiple characters or viral videos was something every kid on a college campus at the time needed to be familiar with.