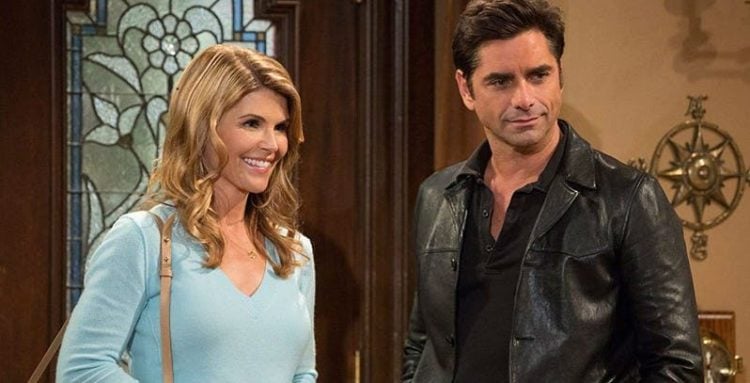 The popular 1990s sitcom The Fresh Prince of Bel-Air made Will Smith a star. It was an entertaining look at how a kid headed for trouble on the streets of Philadelphia found an entirely new life as a fish out of water in fancy Bel-Air with his aunt and uncle. The show’s immortal opening theme describes the setup, one that gave way to plenty of comedic situations where Will’s real-world knowledge proved helpful, even if it initially rubbed those in his new orbit the wrong way. A decade and a half after it ended its six-season run, Will and the Banks family are back, this time in a drama from Morgan Cooper, whose trailer for a nonexistent movie paved the way for it to become a reality. Bel-Air shows that it is absolutely possible to take a concept that was most often played for laughs and glean an entirely new and even more compelling story. Here are five other sitcoms that are good candidates for a similar reboot treatment.

This one feels more poignant because of star Bob Saget‘s recent untimely death at the age of sixty-five. But there was always a deep sentimentality attached to this show, which saw its title situation created by the passing of Danny Tanner’s wife Pam. The idea of multiple family units living together under one roof could be a great opportunity to explore the complexities of interpersonal dynamics, and how the pain of losing a family member lingers. Uncle Jesse’s music career might involve many ups and downs, while Uncle Joey’s laidback nature might reveal deeper issues with getting his life together. Wake Up, San Francisco could provide an interesting workplace setting for other subplots. The original was obviously popular enough to inspire a sequel series, Fuller House, so there would likely be demand to see more of it.

Fran Drescher‘s New York accent and voice will forever be associated with the story of a nanny who ended up living with an upscale family. That premise also involved a man who had recently lost his wife, and whose three children could use a female role model, one who looked and sounded nothing like their father. A dramatic twist on this show might turn jokes about Fran and Mr. Sheffield ending up together into a real problem, one that could lead to tension with his children, and vindictive efforts to get her booted by Niles and C.C. Like Bel-Air, it would probably make sense to modernize the concept of a live-in nanny, dialing up the Sheffield wealth and showing how Fran gets very comfortable in her new situation, yet another thing that makes her new housemates suspicious of her.

This trailblazing comedy depicted two best friends, a gay man and a straight woman, in New York City. It would probably be worthwhile to see a serious spin on their antics, as Will faces discrimination at work from those who don’t think he’s manly enough, even in 2022, while Grace struggles to manage a business in Manhattan. Jack’s eager and enterally up-and-coming actor might run into difficulty getting parts because of his excessive personality, but that might also have to do with people trying to lump him into a particular box in which he just doesn’t fit. And Karen’s unreliable assistant going through a tough marriage with a very large man might be interpreted in a new, much darker way where her drinking problem contributes to their issues and covers for much more upsetting behavior happening at home.

There are few wackier shows out there than this satire about a woman rescued from a doomsday cult from creators Tina Fey and Robert Carlock, similar in tone to their previous series, 30 Rock. One of its signatures is that it doesn’t always feel like reality, and that absurdist humor often drives its narratives. Looked at another way, there could be a lot to unpack with how Kimmy is unable to move on from the trauma of being in a bunker and can’t adjust to normal life, retreating to a fantasy world to cope with that. Reverend Richard Wayne Gary Wayne might torment her constantly rather than just showing up every once in a while as a nuisance. Tituss and Jacqueline’s efforts to become and remain wealthy stars would come with higher costs and more lasting consequences, while Lillian would have street smarts but also likely be on the run for the actions of her past.

What has become one of the most watchable sitcoms of all time took a simple premise that has been adapted many times, both with the same title in different countries and applied to other workplaces in different series. But there is an undercurrent, both with Ricky Gervais’ David Brent and Steve Carell’s, that these awful bosses have major issues of loneliness and narcissism that should recommend psychological treatment. The ways in which they manage to distract their employees and spend so many hours at work not getting any of it done wouldn’t all be played for laughs, and Michael’s relationship with Jan would also send up red flags that might result in both of them getting fired. Characters like Andy, Roy, and Stanley with anger management problems would create terror around the office, while Dwight might be even more nefarious and scheming, going to extreme lengths to get back at his nemesis, office clown Jim. With so many seasons of material to rework, this workplace drama would be well worth watching.