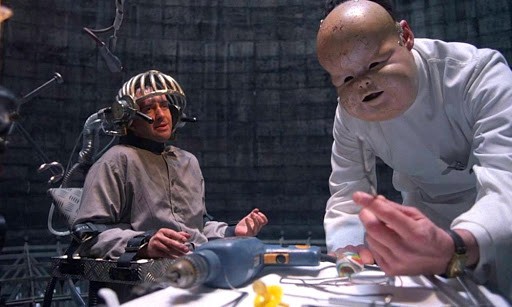 Wait for it. Wait for it. Critics don’t always get things right. There, was that hard to hear? It might be for critics that are as celebrated a Roger Ebert since his words appear to be taken quite seriously by some people when in truth the only person that should be able to convince the audience that what they like and what they don’t is valid should be…dun dun dun, the audience of course. Critics are there to give an educated and opinionated view of the movies that are seen to be a big deal in the entertainment world and even give their honest opinion of those movies that people might think are worth talking about, but the fact remains that these experts are, unfortunately, not always the best people to turn to since it’s likely that at one point or another they’ll end up trashing a movie that people happen to enjoy and will earn the ire of many people. In the defense of the critics, this is their job, it’s what they’re getting paid for, and as a result, they’re doing what people want them to do. Learning to not take things personally is a part of being a critic as much as it’s a part of being an audience member that doesn’t like what a critic has to say about their favorite movie. But there are those times when critics get things wrong since believe it or not, they’re human and thus fallible.

Here are a few movies that Roger Ebert kind of slipped on.

It wasn’t the greatest movie to hit the theaters, but it also wasn’t meant to be. Those thinking that the movie actually hearkened to an alt-right theme though are hard to argue with since from the eagle on the emblem to the very way that the military figures act it’s kind of cringe-worthy since there’s a definite need to eradicate the enemy. In one sense though it’s a matter of survival that still makes a person wonder what the soldiers were doing trying to eradicate the bugs when there was a galaxy between them and a chance to destroy anything the bugs tossed at them. As a mindless action movie though, if one allowed themselves to see it this way, this movie was rather entertaining.

In this instance, it really feels that Ebert gave into peer pressure since his initial review of Groundhog Day was quite positive, though after another critic panned the movie and even went so far as to question Ebert’s review, he caved years later and reversed his opinion. The reality of this movie is that it was a pleasant look at what might happen to one of the most miserable people on earth if they were forced to go over their life day in and day out until they learned what was necessary to change it for the better. This kind of proves that not even critics are immune to peer pressure, no matter that they don’t often admit it.

To be certain the fact that he’s an English Lit major had something to do with the review he gave of this movie since obviously the movies are going to exaggerate and even simplify certain facets of real life in a way that people don’t agree with. But this almost sounds personal despite the fact that he might state it wasn’t. Of course, a movie about a revolutionary type of teaching is going to be simplified and not realistic, that’s what helped to make the movie enjoyable.

In a big way, it feels that Ebert was lost the moment he started reviewing this movie since he lost sight of the main point from the start. Tyler Durden was committing the same sins that he’d vilified to his followers despite preaching a different way to look at things. To be certain it sounds like he might have slipped, fell, and become a part of the current that Tyler was intent on creating with his new world order approach and forgot that it was more or less a dig at the manner in which certain cultists tend to create such self-defeating methods that end up tearing their ideas apart in the end.

The review for this movie kind of makes a person wonder if Ebert really does understand some of the movies that he reviews, or has an inclination to enjoy them rather than look as critically as he can without any hope of taking some pleasure out of them. Of course, I exaggerate as each critic is being paid to say what they will concerning the efficiency of the movies they review, but in this case, it does feel as though Ebert might have realized that like the rest of the audience he was simply trying too hard to figure out what was going on, and ended up fooling himself into thinking there was more to be revealed.

There’s a reason I’m not a fan of critics, and it’s not even close to being personal.