Home
Television
Five Memorable Guest Appearances on Will and Grace 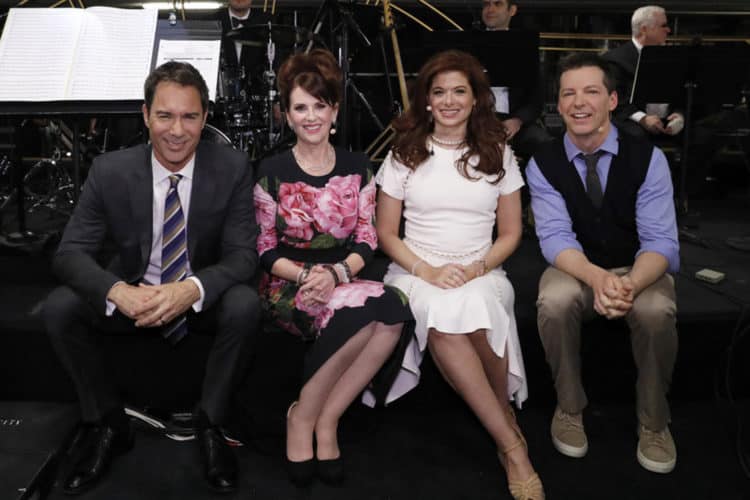 You either love Will & Grace or…you just need something to watch. It’s kind of hard to hate this show since it is rather upbeat and does have a lot of colorful and very engaging characters. One other thing that’s great about it is that the show does feature a lot of guests that are rather famous and while some of them have been recurring in the past others have kind of come and gone, making an appearance now and then and then moving on. While those that stick around are there to satisfy a plot point they’re still typically called guests since they’re not a main part of the show. But Will & Grace has had a very impressive guest list during its run throughout the years and there have been those that left a greater impression than others largely because of the relation they had to one or more of the main characters.

Here’s a few notable guest appearances from the show.

Anyone remember when Alec Baldwin was a movie star and not much else? Well he’s made the transition to TV pretty easily since he’s got the kind of on screen personality that makes him larger than life and just flamboyant enough to be the kind of character that can wow just about anyone. The fact that he and Karen are an item is something interesting since his ego and hers are bound to get in the way of one another eventually, but it would seem that they’re able to stand one another for longer than Karen is able to stand most people that aren’t Will, Grace, or Jack. Maybe it’s a good match.

There’s been little more than open animosity between Driver and Karen throughout the show in regards to their characters since the hate between them is simply too deep to not be built upon in a way that will make them the kind of enemies that people love to see. The interactions between them since they were thrust together have been nothing short of impressive as well as downright funny since it’s amazing that they don’t make each other bust up laughing every other take. But as nasty as Karen is, or can be, there was always bound to be someone just as irritating and just as vindictive.

On the outset Molly Shannon seems like an odd fit for this show, but then again Molly is the kind of actor you can put just about anywhere and she’s going to find a way to mesh with the cast and make it work. That could be why she’s been put into an interaction with Grace since being one of the main female cast members Debra Messing kind of needs someone to help her shine in certain moments and to help her fade into the background when needed. That might be an odd thing to say about a main character but given the story lines that are concocted for this show it happens that every now and then the guest stars do kind of need to take the reins for a moment or two to keep it moving.

If Molly Shannon was an odd choice for the show then Woody Harrelson was a fine bit of confusion to put on this program since everything he’s done to this point seems to have steered away from a show like this. But at the same time you can’t deny that he played a great role first as a neighbor to Will and Grace and then as a love interest to Grace for a while. The one thing about him though, besides the fact that he was kind of an odd character, was that his sense of romance was a bit skewed since if anyone can remember he proposed to Grace while they were having sex at one point. A lot of women would likely kick a man out of bed for that kind of utterance.

This had to be one of the greatest match-ups ever in the history of this show since Harry Connick Jr. was still pretty popular at the time he joined the cast as a guest, and because the dynamic between his character and Grace was something that drove entire episodes, or at least an arc within consecutive episodes. Their relationship was something that was built upon throughout the series in a way that many thought could have ended the show if the two of them had stayed together. But alas things just don’t happen that way in sitcoms since like a lot of characters in these types of shows the neurotic attitudes that so many characters have tend to keep them at arms length from those that might make a good match. In other words if the two of them had been written in as a couple it might have derailed things in a big way.

As of now though the list of guest stars on Will & Grace has been nothing short of impressive.