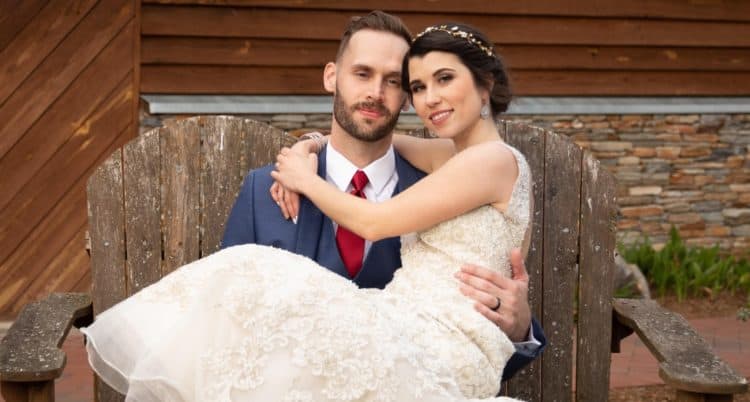 For those unacquainted with the show, the basic premise is that for each show three couples are selected to be married by a team of relationship experts. They are given eight weeks of actually being married to decide whether or not marriage, and the other person, is a good match. At the end of the eight weeks they can choose to either stay married or get divorced. (Why an annulment is not a better option is not discussed.) But as with all things, there are life lessons that can be learned from tuning in. So even if you don’t agree with the premise, here are five life lessons to consider from the show Married at First Sight.

While eight weeks is hardly long term, the fact that this particular couple doesn’t seem to have a clue about bridging gaps spells doom in the end. Just because things start out great on the first date, or the 50th date, is not an indicator of how two people will resolve future conflicts. Being willing to give up something to keep the relationship together, and that applies to both people in the relationship, is the only way for it to last years. People will change, and that is why compromise and communication are two key elements in a successful relationship.

2. Life isn’t about what you think you deserve

As Clint Eastwood said in the movie Unforgiven “Deservin’ ain’t got nothing to do with it.” In this video clip, one of the women believes she deserves more from her significant other than what she has been getting. That leads to a series of questions, the first being what exactly is it that you think you deserve. The idea that life will mete out what we deserve is a naÃ¯ve idea born out of unrealistic expectations of life. People who use this and similar phrases seem not to stop and think whether they should get what they deserve on the bad side of the ledger. Successfully navigating adversity, getting what you don’t deserve, is a definite sign of maturity.

3. Sharing compliments is a way to strengthen relationships

This doesn’t just apply to marriage or dating relationships. Everyone needs some type of affirmation that what they are doing and who they are has value. Many people go through life thinking very positive thoughts about the other person, but restrict that appreciation to birthdays, holidays, and special occasions. If you make it a habit there will be more time for positive exchanges and less time for conflict. Yet this is easier said than done because most people find it difficult to give or accept sincere compliments. It’s not certain whether this is an issue of culture, but people should find ways to create their personal “microculture” that makes a relationship a positive thing.

4. Don’t ask questions you really don’t want to know the answer to

It is a human foible, especially in the Information Age, to want to know the answer to everything we think is important to us. Use a search engine or do a background check on your potential date or mate is acceptable behavior because we have the right to know. But in long term relationships that survive, sometimes it’s best not to know. This doesn’t apply to major issues such as infidelity or money, but people can feel annoyed and suspicious if they are required to answer every single thing asked of them. The truth is, sometimes they don’t have the answer — it just is.

This last lesson may come as a shock to many people under the age of 50, but when it comes to relationships, not just dating, you will spend about 10 percent of your life sweating up the sheets. The rest of the time there are bills to be paid, vacations to plan, children to raise, and a job to be on time for. It needs to be made clear that sex in and of itself is a great experience, but real people living real lives usually don’t make it a priority every day. If you buy into the media version of sex, you are likely to never be happy.

Much of life is recognizing that the person you are with will change, everything from their views on politics to their desire for sex. What many people overlook is that you want your significant other to change, otherwise they will be the same person 10 years from now. Naturally, they are more likely to become a bit heavier, show signs of aging, and wonder what is wrong since you are the same person you were 10 years ago. If you look around you will notice that all living things grow and change.

The show “Marriage at First Sight” pairs couples via a group of relationship experts. The statistics from the aired shows state that less than 1 in 4 (23%) actually stay together. There are no experts when it comes to relationships. What there is are two people who have to work hard to stay together in good times and bad. This idea may seem out of fashion, but again the statistics show otherwise where 1 in 2 marriages will end up in divorce. The reasons don’t matter.

“Marriage at first sight” sounds very similar to “love at first sight,” but they are definitely not the same thing. You don’t have to marry everyone you love. As many people have discovered, one is enough. The program seems to blur the line between love and marriage, a commonly held view. Love seems to be an important part of staying together, but marriage is like having a second job. Being able to distinguish between the two and prepare of them is an essential part of personal growth.