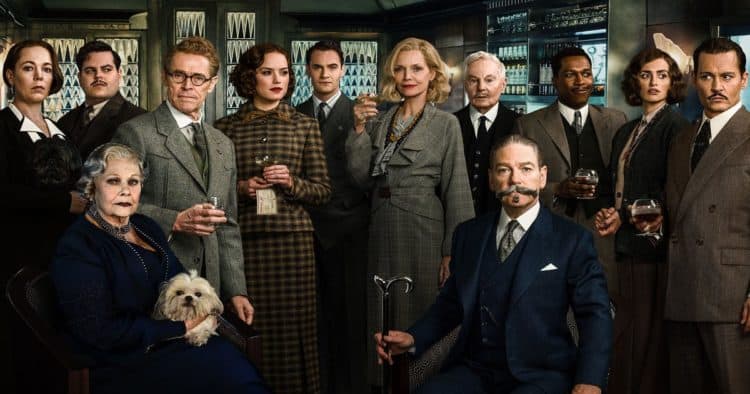 Simply hiring on a huge and impressive cast to film a movie isn’t enough as it turns out in some cases since like it or not, the actors don’t always make the movie. That sounds odd, doesn’t it? What kind of a movie would it be without the actors after all, right? Well, not having them in some cases, or not having all of them, can be a boon since the more working parts there are to a script, the more careful one has to be in balancing out the movie and making sure that every part has a set place and that they interact with each other in a natural and organic manner. The moment that things fall apart it’s tough to keep them from getting worse since a well-written script is like a well-oiled machine, it needs every part to perform its function in order to run correctly. But this is before we even get to add in the actors, who will also need to work together and develop that on-screen chemistry that is needed to make things run as smoothly as possible. It’s not a bad thing if one person is an issue, but it’s something that can cause the domino effect, which can lead to a movie becoming a flop if things aren’t corrected quickly, or scrapped and redone. In some cases the director simply chose to move forward and didn’t even think to correct the script, and it shows.

Here are five movies that were a letdown despite having stellar casts.

This is proof that you can’t just plug whichever actors you want into a script and have it come out alright because they’re the ‘it’ actors at that time. It would be nice to know just who it was that thought it would be a good idea to have Tom Cruise sing for any length of time since it was horrible just to listen to. But apart from that, this movie was about as exciting as attending a concert held by a band that no one had ever heard of since they were playing out of their garage just the day before and had only been practicing their songs for the past month or so. Yes, it was really that bad.

Michael Fassbender, Javier Bardem, Cameron Diaz, Penelope Cruz, and Brad Pitt should be able to get together to make one killer movie that is capable of taking down multiple movies at the box office. There was even a small host of supporting actors that were there to work with as well, but somehow this movie didn’t make good use of any of them as it felt so disjointed that it could have flown apart at any given time. Plus, while the twist at the ending was kind of interesting, it’s still not quite enough to redeem the movie since so much of it was wasted on pointless banter throughout a good portion of the run-time.

So, someone thought that it would be a good idea to bring this Broadway hit to the big screen, and they found out differently rather quickly that the hybrid cat-human appearances of the actors was beyond creepy and was bound to get ridiculed up and down the block a few times. Seriously, this movie wasn’t received with anything other than the scorn that people were expecting since it took some of the greatest actors and turned them into walking nightmares. There’s still a lot of forgiveness that needs to be sought for this one since people have been trying to forget it since the movie was released.

2. Murder on the Orient Express

For all the hype that was given to this movie it was over and done with by the time it hit the screen and the fussy nature of the main character was made evident. Sometimes remakes take and sometimes they don’t, and this was one of those times when it would have been better to leave the original alone. The downside of this however is it sounds as though there’s still a plan to keep making these old movies and trek on toward the next one. Hopefully something will change and the story will pick up a bit.

For all the flak that the other Ocean’s movies were given over the years it needs to be said that while this was a great group of women to gather together, banking on this to be the same caliber of movie was a long shot at best. It’s not entirely surprising that it flopped since like it or not, people had grown used to Clooney and Pitt’s cadence and the way the other members of the group fell into line and performed their parts. Gender-swapping isn’t the worst thing for a movie, but it’s not always the answer either.