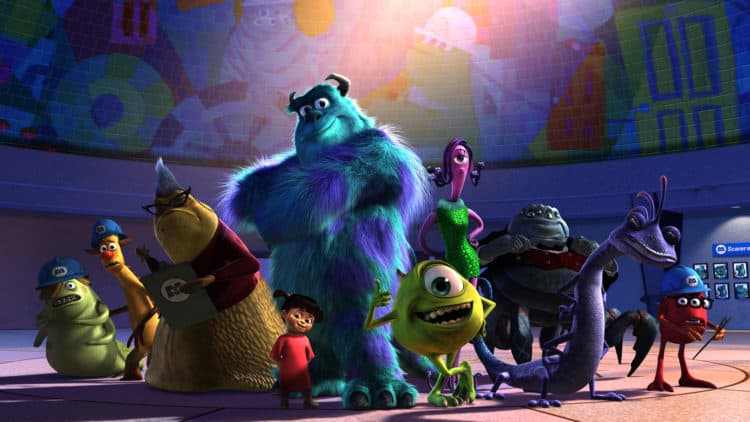 Kid movies are generally taken at face value, right? We don’t want to look too deeply into them or we might start realizing that they’re not all sunshine and rainbows and good times. Of course our kids don’t need to know that since too soon they’re going to figure out that the world isn’t that nice of a place and, well, it’s bound to chew them up and spit them out if they’re not ready. But Pixar and Disney and many others are apparently adamant about stretching that line as much as they possibly can to put in as much story as they can in order to make memorable and interesting tales for people to watch. The only downside is that a lot of adults and possibly some kids could look past the niceties and figure out on their own that some of the movies they’re watching have much darker implications than all that. When you take a look at what’s being touted out to kids you’ll get a better idea, and while a lot of it is funny and definitely stands up as a good and moral story there are moments when you can’t help but wonder if we shouldn’t harp too much on everything being touted as ‘nice’ and ‘cheerful’ when just beyond the surface there’s plenty of real-world experience to go around.

Here are just a few ways in which Pixar movies are a little darker than you’d think.

5. In Cars it’s obvious that AI has killed off every living thing in the world and replaced with even creepier versions of itself.

There are no humans, no animals, only cars and things that are basically car-themed. This might be one of the least disturbing ideas since it could easily take place in another universe, but it might still push the human mind into a place it can’t fathom when simple evolution comes alone. Think about it, were there cave cars? Did they take down car mammoths to survive, and where in the world did all the oil come from that kept their society moving along. More and more the less disturbing aspects kind of meld into this idea that something came before them and the world was a much different place at one point. After all, how could they possibly build anything?

4. In The Incredibles people are actually allowed to sue superheroes for saving their lives.

There’s actually some sense in this if the hero ends up injuring the individual that’s trying to kill themselves, but at the same time in this world a lot of people might say that the person is being extremely ungrateful. In the world of The Incredibles the fans of the heroes turn on them the split second that they’re told to and don’t pine for them until there’s no one there to help them out of a jam. Does that sound like anything that might be happening in the real world? Yeah, there is a correlation, but it’s too depressing to think about since in this world the heroes were nearly wiped out or forced into hiding long enough that they kind of forgot how to do the whole hero thing.

3. Toy Story has to do with loss, abandonment, and various other troubling ordeals.

This isn’t even mentioning the dismemberment, torture, and disfiguring of toys that goes on day to day when young kids are learning how to handle toys. But if the toys are alive it’s a wonder that the movies haven’t come up with a psychiatry doll that can help them through the trauma of being seen as a plaything and being discarded on a regular basis. Just think of all the poor Happy Meal toys and those from other chains that are mass produced and have no real identity and are basically used to line landfills if they’re not melted down and repurposed. Oh the toymanity, it’s just too horrible to think of.

2. Finding Nemo deals with a home invasion and grisly murder of a wife and children.

Nothing like a good murder to get a family movie going, right? Some would say that this is the circle of life and all that jazz and they’d probably be right since animals in the wild don’t appear to really give as much abstract thought to their survival as human beings do. But to portray it in this light is pretty dark since the movie gets going after Nemo’s mom is killed (a classic Disney theme) and his siblings along with them. Plus, he’s disabled by the attack and has to grow up with one fin shorter than the other one and learn how to deal with this deformity. It’s a great tale of triumph over adversity, but man does it come from a dark place.

1. The world of Monsters survives by traumatizing children.

Think about all the psychiatry bills that the Monsters world are responsible for and the unending nightmares and night terrors that they’ve caused over the years. The fact that they ended up switching over to using laughter as their source of energy was a nice, positive move, but how many kids were scarred for life before that happened?