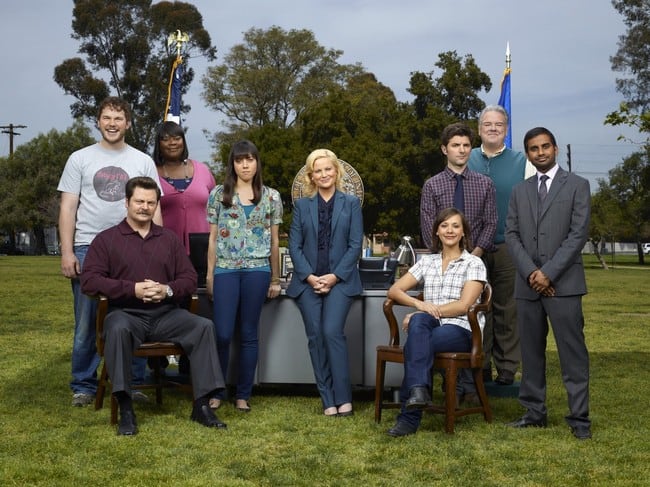 It can be hard to get people into shows sometimes, which happens to be a great past time of mine. Even though shows like The Walking Dead or Game of Thrones may be awesome, they’re not exactly what you’d call “universally appealing.”

But these shows? These are five that I have faith you could get ANYONE to like if you sat them down and force fed them four episodes. That’s all it takes to get into a show most times, and these five comedies are so short, sweet and charming, it’s almost impossible not to like them if you show off the right episodes.

I know there’s a select contingent of people who find Zooey Deschanel annoying instead of adorable, but those same people likely have the same opinion about puppies and kittens. She’s just so hard not to like here, and her back-up of Nick and Schmidt are hilarious to anyone with eyes and ears. Winston needs work, as I’m still not precisely sure why he’s there. I would go episodes near the end of season one, as most shows take a little while to get into their stride.

There’s a reason that this show is showered with critical praise, high ratings, and golden Emmys. It’s good! No, it’s not Arrested Development, an initial comparison people tried to make, but it works as its own entity. It’s not try to be exceptionally smart, but nor is it dumb like I don’t know, everything on CBS. Certain characters are just too likable for the show not to work. Gloria, Phil, Haley, Cam. There are just too many good performances here, and it’s a feel good show that appeals to almost everyone.

What started as a seemingly lame Office clone grew into a show that actually is better than its predecessor. Parks and Recreation probably has the single most likable cast out of any show here, and nearly every one of its supporting characters could have their own show if NBC would let them. Tom, Ron, Chris, Andy, April, there’s too much not to like here, and Poehler does a fantastic job in the lead. Just do NOT show people season one, when the show was still trying to find its legs.

I only watched this show for the first time the other day, but I understand what people see in it. We’re used to kooky families in one form or another, but I haven’t seen anything like this quirky brother/sister dynamic replicated anywhere else on TV. It’s an interesting centerpiece for a show, and the actors cast make for an instantly likable ensemble. Check out it.