Home
Movies
Five of the Best Handshake Scenes in Movies 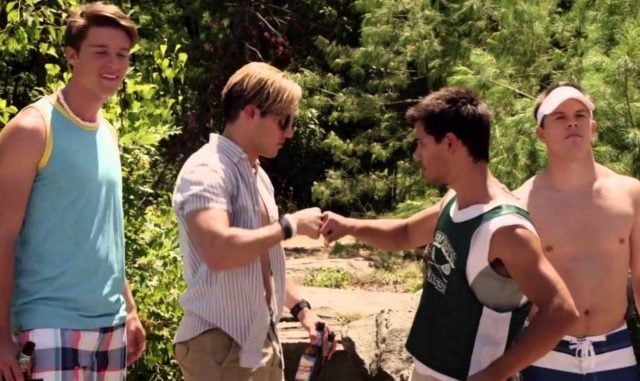 What are the top five movies that have the coolest or most intense handshakes you have ever seen? Everybody knows that a handshake is much more than what it appears to be on the surface. In fact, a lot of information can be known about someone simply by the way they choose to shake hands. Some of these movies make the scenes more intense while others make them comical, but they all fit well into this category for one reason or another.

This movie has been around for a long time and it has become something of a cult classic. While the entire movie was designed to make fun of the movie Top Gun it has managed to stand on its own merit for quite some time. As far as the handshake scene goes, you know it is going to be good when it is between Charlie Sheen and Cary Elwes. It’s funny because the two of them look like they’re ready to punch each other but instead, they end up shaking hands. The handshake is so intense that it looks like their hands are boiling and Sheen’s hand is crushed into nothing as the steam rolls up. It’s actually a lot funnier when you watch it and it’s just as funny today as it was back in the nineties.

Who can forget the iconic handshake scene from this movie between Annie James and Martin? It starts out as a jovial handshake and turns into what might be considered as a full-on impromptu dance scene. It’s all about the happiness and spontaneity of youth and that is captured perfectly in this scene that in large part sets the tone for some of the movie.

The handshake scene from this movie must have taken days to perfect. It is almost impossible to think that anyone would be able to perform something so complex in a single take. To be honest, this is such an elaborate handshake that it looks more like someone is communicating in a new silent language than it does like they’re shaking hands. It also takes several seconds to complete the handshake.

This movie is all about over the top funny business and the handshake seen is no exception. It isn’t even done by Adam Sandler, Kevin James, Chris Rock, or David Spade. Instead, it involves Taylor Lautner and friends, the people who portrayed the rich frat boys who want the same swimming hole as the aforementioned stars. The handshake looks like some kind of a game straight out of kindergarten but it fits well in this movie. More importantly, it’s just downright funny.

Who doesn’t love a scene that involves Dwayne Johnson? This is undoubtedly one of the best scenes in the entire movie. When Johnson’s character walks into the control room for the security cameras, he is met up with this less than friendly individual that acts like he is superior to him. The guy thinks he’s about to send Johnson packing when he reaches out to shake his hand. The funny part is that Johnson squeezes so hard you swear the other guy is about to cry. He also lets him know that he isn’t going to be playing any of his games and that this man will cooperate one way or another. He does it all without ever breaking sweat.