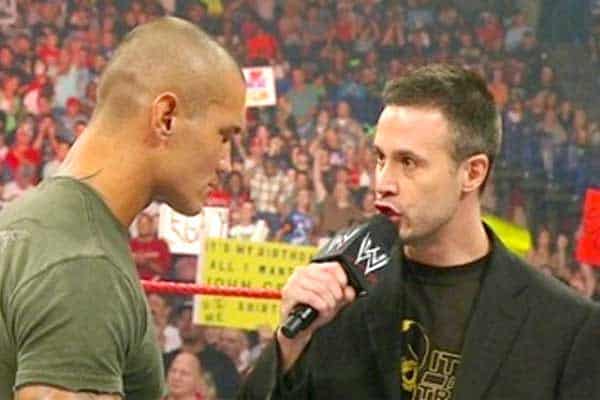 There have been a lot of big celebrities on WWE throughout the years and a lot of them have gone on to do something great, or not a whole lot with their careers after being the GM for the night or just showing up on the program to promote this or that. For the longest time, it was up to the guest GM to take care of this or that, to promote their movie, their book, and to generally be a goofball for a night since they were allowed to name matches, obviously with WWE controlling the whole deal. Those days are pretty well gone since the number of guest stars on the show has dwindled to almost none in the past couple of years, but it was still possible to see a celebrity now and again until the coronavirus stopped that practice. But for a while, it got a little nutty since the guest stars ranged from the more serious of the bunch to just goofy personalities that really had no business being there in the first place since even the biggest among them looked positively tiny next to some of the wrestlers.

Here are a few actors you might have forgotten were on WWE.

Looking at Freddie Prinze Jr. standing next to Randy Orton was enough to make a person wonder if Freddie was about to get folded in half, but if memory serves there wasn’t a lot that happened to him that night. If anything he was kind of one of the ho-hum moments when it came to a celebrity making their way onto the show. All in all, he was there to promote something he was doing like anyone else and he was there because the show was cycling through celebrities that were considered popular at that time. Of course, it does help that Freddie has been a wrestling fan since he was 6 years old.

Tyson wasn’t as far removed from the ring when he took part in the Wrestlemania where Shawn Michaels lost the title to Stone Cold Steve Austin, and he was still in good shape. His ‘feud’ on TV with Austin was pretty convincing for a lot of people, but it’s fair to say that if he’d really been hitting people he would have been knocking folks out left and right. He did reveal that he was on Austin’s side during Wrestlemania and ended up counting Michaels out as a special referee. Plus, he cold-cocked Michaels after the match, which of course was pulled since otherwise Shawn would be missing a few teeth.

Out of all the wrestlers that Hugh Jackman could have been there to help out, it had to be Zack Ryder, the former internet champion who was being given a big push and had a match with Dolph Ziggler that Jackman interfered in. Yeah, people cheered since Dolph was playing a heel and folks wanted to see Ryder get a W. But out of the many celebrities that have been on the show, Jackman was probably one of the most understated somehow despite his huge celebrity status. It’s a bit odd really how some folks get remembered that well and others just kind of slide on by when it comes to their turn.

Quite a few of the wrestlers were in on a skit that involved the show turning into a parody of Jerry’s regular program and as you can guess it was pretty cheesy since the Springer show is nothing but cheese from the start. But it was somewhat amusing at least since the show host was his usual self and it was also during a time when glimmers of the Attitude Era were still showing up here and there, as though in defiance of being forced to become a little more PC for the viewers. With Springer on the show, this wasn’t even close to possible since his entire gimmick was to get people to cause drama in one way or another.

Snooki was all about drama, and as a result, she came to the right show for it since she and Trish Stratus had a beef with the team known was LayCool, Layla and Michelle McCool, that played out over a period of time and finally came to a head at one point. A lot of people were actually upset that Snooki was getting all this screen time on WWE since she wasn’t a wrestler and her one claim to fame was reality TV. Seriously, it’s hard to be surprised that she received such a push since her foul mouth and insane antics were kind of what the WWE was looking for at that time, and what they were known for.

It’s one thing to have celebrity guests, but it’s another to turn them into wrestlers for a night or two.