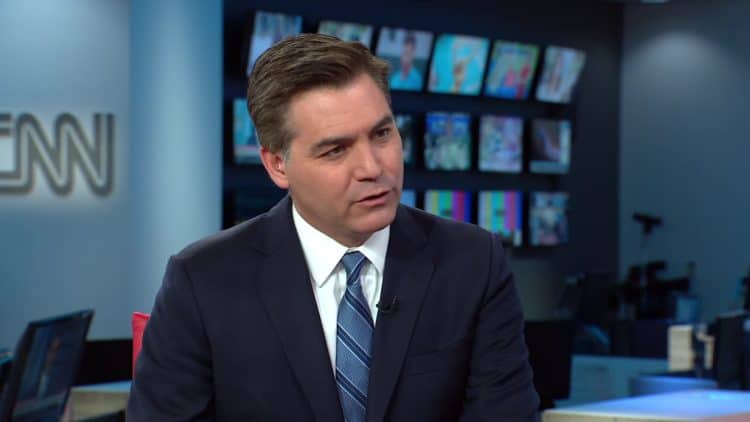 Putting politics aside for just a moment, I know it’s difficult but it’s possible, Jim Acosta has definitely been the kind of guy that will speak his mind and not be cowed by anyone, not even the president of the United States. There is something to admire there unless you happen to be a conservative, though there have been those that lean to the Republican side that can still admire the kind of pluck that he appears to have. It’s been a constant that Acosta’s name will come up when talking long enough about Trump at times since the two have sparred a couple of times during press conferences, enough so that ideas of a movie about Acosta and his time spent in press briefings might finally come to light one day. If that’s the case it’s a wonder who’s going to play his role and how they’ll be pictured in the process. Likely both liberals and conservatives will have something to say about such a portrayal, and each side will be able to point out what’s wrong and what’s right from their own perspectives.

Here are a few individuals that might be able to take on the role of Jim Acosta.

It’s true that Gary Oldman is a little old for a part like this but with the de-aging process that has been used before and the possibility that his ability to blend into any role would work, his acting would be on point and he’s never been one to shy away from a role. The guy has shown over and over that he can step into just about any role he wants and make it work. This might be the odd man out in this list however since again, his age might be a factor, but it definitely wouldn’t be his acting that would keep him out or even as a last option. Gary is the kind of go-to guy that you can depend on for just about anything so long as it’s within his range, which is pretty considerable.

Clooney is another guy that’s getting up there in years but would still be a good candidate for the role largely because he’s played characters that are somewhat like Acosta and because his whole attitude when he’s on screen definitely has that ‘look at me’ attitude that isn’t positive or negative by itself but can be shaped and molded as needed by whoever is directing the movie. Clooney can be aggressive or he can be passive, or he can be somewhere in between. That’s the great part about his acting style is that he’s just cool, calm, composed, and can fly off the hook at a moment’s notice if he needs to.

You might be saying wtf to this one since Galecki has made such a habit of playing nerdy or outcast characters throughout a good part of his career, but this could work. Obviously he’d have to adjust his look a bit since the curly hair would have to be straightened or covered with a wig and he’d have to take on a very different attitude for this role. But it does feel as though he could step into this and not be hampered by anything other than the fact that thanks to The Big Bang Theory, Roseanne, and even I Know What You Did Last Summer a lot of people still look at him as kind of the geeky outcast from time to time.

Marky Mark has come a long way in his career since his rapping days and has really stepped up his game when it comes to the movies. A lot of times he plays a tough guy that’s either driven by his ego or just wants to be left alone and to his own devices. But he’s also played other roles that required him to extend beyond the simple range of a guy that can kill in various ways and wants his peace and quiet. This would be something different obviously and wouldn’t be action-packed since it would be a very serious and character-driven movie that would likely test him more than many roles have.

You’ve either got a smile on your face with this one or are wondering if I just flipped a gasket and somehow picked at random, but I do think that funny-man Nick Offerman could do this. He would have to shave, sorry to say, but he could make it work since the serious face he pulls so often to use for the deadpan humor he’s so good at would be perfect for playing Acosta. Some folks might think I’m crazy for thinking this but as far as being the odd man out on the list Nick would take it this time, but he would take it in good faith since he could pull this off unlike anyone else. It’d be those around him that might start laughing.

Those are my picks at least, it’d be great to hear some more.