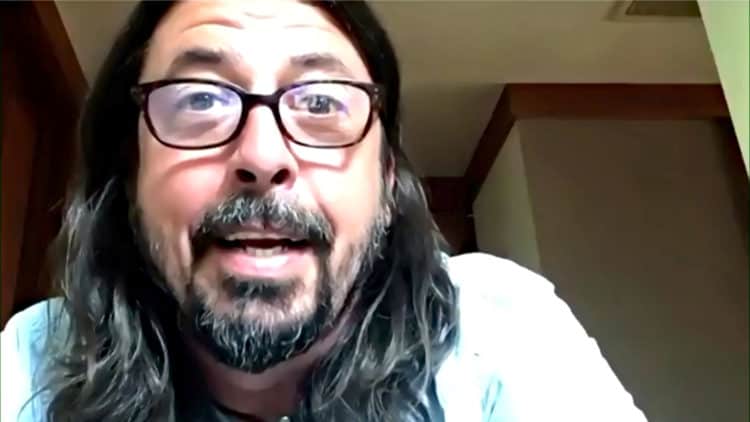 If you are a fan of rock music, then Dave Grohl is a familiar name, more so if you are a fan of grunge, metal, or alternative rock. If you do not know him, he is one of the most influential figures in this musical genre and was part of Nirvana, one of the greatest rock bands ever. He was a band mate to popular musician, Kurt Cobain and took the role of the group’s drummer. According to Wikipedia, he formed Foo Fighters, another band after Nirvana disbanded following Kurt’s death. With a career spanning almost 40 years with several awards under his wing, Dave Grohl is an icon in the world of rock music. To celebrate his talent and that of the various groups he has been part of a movie would be a perfect way to go. So who would portray Dave in a film project? Let us look at some of the names fit to take on the role of this rockstar.

The number one entry may seem to be odd considering Jerry Trainor features mostly on comedy projects. He is a great pick to take the role of the musician in a movie, primarily due to the resemblance he has to Dave, they are almost of the same height and build, with Trainor being just a few centimeters tall. He needs to keep long hair and let it flow to nail Dave’s look. Jerry is also a musician, and he formed his band, Nice Enough People, in 2015. As a musician, he can easily fit the role, and he will bring his best when it comes to musical scenes. He has the experience factor backing him up as he has been in the industry for over two decades. Though he has mostly appeared in comedy projects, especially during his time working with Nickelodeon, he can do well when it comes to drama and biographical works. You can check his extensive filmography on IMDb, to know of his acting capability. He has an excellent backstage reputation and can work well with other crew; another reason why he is a suitable pick.

When looking for an actor who embodies the rockstar lifestyle, look no further than Johnny Depp. He is one of the most accomplished names in the entertainment industry and has been a standard figure in the entertainment industry since 1984. He is a versatile actor and can take a variety of acting parts and bring pure gold. He is a reliable actor, though his backstage demeanor may be wanting. He resembles Dave to a certain degree and has the right height and build to play Nirvana’s drummer. Johnny Depp is also a rockstar and has his focus on genres similar to Dave’s, hard rock, alternative, and sometimes he will do a metal composure. His popularity will be a priceless asset to the project as it can translate to box office success

Chris Jericho is another suitable actor, considering he has made his bones as a professional wrestler. However, when you look at his persona, you know you have the right guy to portray a slightly aged Dave Grohl. He has acting credits in movies such as Android Apocalypse, MacGruber, and Jay and Silent Bob Reboot. He is a rockstar too and is the lead vocalist of his band, Fozzy, which he founded in 1999. Aside from having the right build to play Grohl’s part in a film, his persona will do him a lot of favors. In wrestling, he has an over-the-top rock persona, and everything about him screams metal from his theme song to his dressing. A movie role as a rockstar will establish Jericho as one of the most versatile entertainers.

Bradley Cooper is an award-winning actor, with several Grammy, Academy and Golden Globe awards to his name. He started his acting career in 1999 and is known for his constant reinvention when it comes to his typecast image. He has the expertise to back him up in any project he undertakes, and playing Nirvana’s man won’t be a hassle to him. His body build works to his advantage at 6ft 1 inch tall, which is the same height as Grohl. His versatility is very vital as it enables him to bring the best of his character portrayals. The only change to make would be sporting long hair and some grittiness to his style, and you have the ideal image of Grohl. With such a role, he can expand his filmography, which is already extensive.

Taylor Lautner’s career in the acting scene did not turn out as many fans, and industry pundits expected. His role as Jacob Black in the Twilight Saga earned him praise, with many expecting his career to skyrocket. However, that was not the case, and he fizzled suddenly, with no significant roles to show for his excellent skills. He can play a younger Nirvana drummer as a way to reignite his career. He is still young, with a chance to revitalize his career and get to the top where he belongs. With the right crew to back him up, Lautner can bring out critical parts of Grohl’s career, such as when he lost his close friend Kurt Cobain and also when he formed the Foo Fighters. Picture this actor with long hair and grunge rock dressing style, and you get an image of a younger Dave behind the drums.

Rock music is one of the most popular music genres, boasting of a significant fan-base worldwide. One of the greatest artists to emerge from this musical scene is Dave Grohl, who has the distinction of being the longest-serving member of Nirvana. He is a multi-instrumentalist and can strum the guitar or play the drums aside from bringing his unique vocals to the stage. Looking at his career, you know that his character will feature in a movie when the time is right. Above are some of the actors who can do justice to Dave Grohl’s part in a film project.